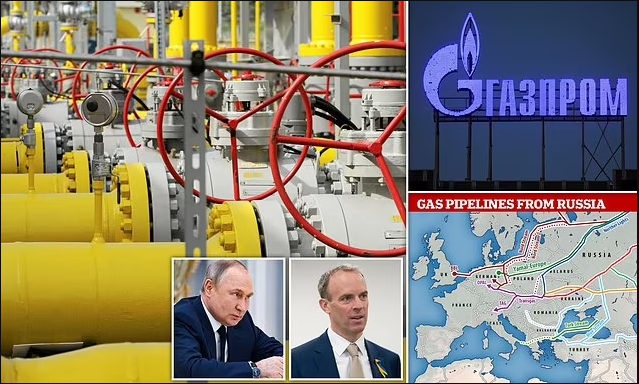 Russian energy giant, Gazprom today halted gas supplies to Bulgaria and Poland for failing to pay for its gas in roubles after President Vladimir Putin gave the order.

The decision is the Kremlin’s toughest retaliation yet to international sanctions over the war in Ukraine.

Poland confirmed that supplies had been cut, while Bulgaria said it would find out soon. Both accused Gazprom of breaching longstanding supply contracts.

“Because all trade and legal obligations are being observed, it is clear that at the moment the natural gas is being used more as a political and economic weapon in the current war,” Bulgarian Energy Minister Alexander Nikolov said.

Gazprom said in a statement it had “completely suspended gas supplies to Bulgargaz and PGNiG (PGN.WA) due to absence of payments in roubles,” referring to the Polish and Bulgarian gas companies.

Russian President Vladimir Putin demanded that buyers from “unfriendly” countries pay for gas in roubles or be cut off, starting from the date payments are due for April. The European Union has rejected this demand as rewriting contracts that called for payment in euros.

Poland receives its Russian gas through the Yamal-Europe pipeline from Russia’s huge gas fields in the Arctic far north, which continues west to supply Germany and other European countries. Bulgaria is supplied through pipes over Turkey.

Polish state-owned PGNiG (PGN.WA) confirmed its supplies from Gazprom had been cut but said it was still supplying its own clients as needed.

“Cutting gas supplies is a breach of contract and PGNiG reserves the right to seek compensation and will use all available contractual and legal means to do so,” the company said.

“Russia is trying to shatter the unity of our allies,” Yermak said.

‘He has been a distraction’