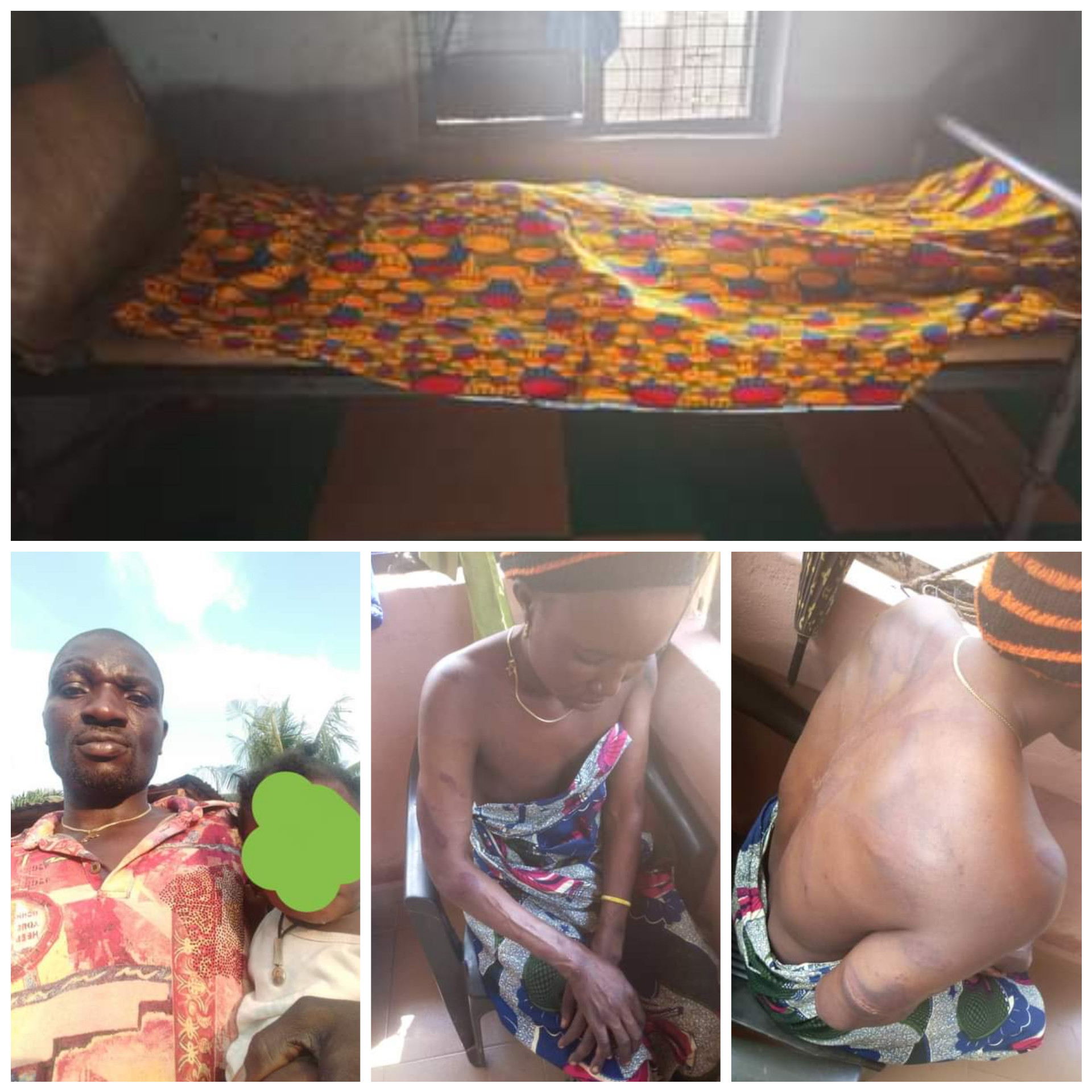 A mother of six, Mrs Anulika Uguru, has died in Ebonyi State a week after she cried out over alleged incessant battery and other forms of domestic violence by her husband, Sunday Uguru.

Sampson Oko Nweke, Chairman of Human Rights Defenders (HURIDE) Ebonyi State, who disclosed this in a statement on Tuesday, said that the deceased had on April 19, brought a complaint to their office against her husband over alleged incessant cases of battery and other instances of domestic violations.

Mr Nweke said he received news of her death on Tuesday, April 26, a day after they spoke on the phone.

Anulika’s husband who has been arrested after he initially fled, claims that she died after drinking some herbicide but he does not know who gave it to her.

Raed full report below by Nweke below…

JUSTICE FOR MRS ANULIKA: A FRESH VICTIM OF ABUSIVE MARRIAGE IN EBONYI STATE

This woman lying dead here is Mrs Anulika Uguru, a mother of six boys. She is from Ndiechi Onuebonyi Igbeagu, married to Mr Sunday Uguru (a.k.a Starger) of Ekeru Inyimagu community, all in Izzi LGA of Ebonyi State.

A week ago, just on 19th of this April 2022, this woman brought a complaint to our office against her husband over incessant cases of battery and other instances of domestic violations. Regrettably, there was this delay in serving the husband an invitation notice because according to the wife, he is an inter-state transporter with no valid phone number.

Yesterday, 25th April 2022, I spoke with the woman on phone and asked her to come to my office today (26th April) by 12noon. As I waited till 12:30pm today without seeing her, I dialed her number but was picked up by a child, presumably her child.

The child handed the phone to another woman who then told me that the owner of the phone I was calling is dead. She directed us to one village clinic at Sharon junction where I saw the motionless body of Mrs Anulika. We went in company of a member of GBV Taskforce in Ebonyi State , Comrade Matthias Okinya.

The sight of the dead woman filled my heart with uncontrollable rage and resentment, I phoned the police immediately and a detachment of a Police team came but the husband was no where to be found. We launch a serious search for him with the assistance of concerned villagers and later got him apprehended. He is currently in police detention. He claims Anulika drank some herbicide but does not know who gave it to her.

He must explain what happened to this beautiful young woman cut in her prime. She spoke with me yesterday; spoke with her son around 9am today and died before 1pm. Mrs Anulika must get justice.