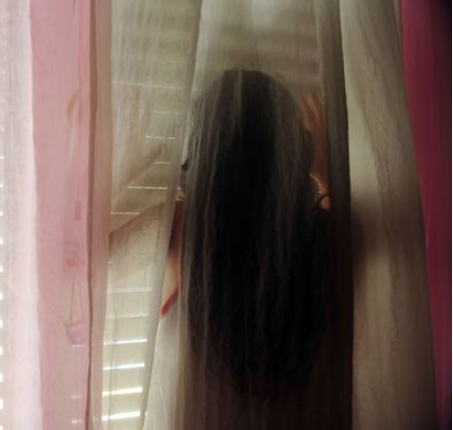 A 13-year-old Ukrainian girl allegedly raped by a Russian soldier begged her therapist to help her to change her sexual orientation so that she would “not love men anymore.”

Psychologist and psychotherapist Oleksandra Kvitko is one of five specialists who have been working at the Hotline for Psychological Assistance of the Ukrainian Parliament’s Commissioner for Human Rights since the beginning of the Russian invasion in Ukraine.

Their youngest patient is just 10-years-old, they said.

“Most of the rapists, according to the girls, were either in masks or balaclavas, and it was much harder than if their faces were visible. Because after that all men become rapists for the girl,” she said.

She spoke to NV in Ukraine and shared harrowing details of the rape of a 13-year-old girl.

“One 13-year-old girl, when I asked her how I could help her, said: ‘please help me change my orientation, I don’t want to love men anymore’,” Kvitko said.

She continued: “Now these children and girls who have been abused often stand on the windowsills and want to jump because they do not know how to live.

“Many people begin to harm themselves, cut their hands, because the emotional pain is so strong that they get rid of it in this way.

“I can’t always be in touch with them, I’m leaving to work with another person, and they already write to me: ‘I’m sorry, Sashenka, I can’t, I cut myself’.”

Lyudmila Denisova, commissioner for human rights in the Ukrainian Parliament, alleged that this month a 14-year-old girl in Bucha was raped by five soldiers and as a result is now pregnant.

“If Yul Edochie needs a third wife because his voice na agbakam.. I am in” – Blogger Amanda Chisom

“Number One. Undisputed”- Actor Yul Edochie celebrates his wife, May, hours after he announced he welcomed a son with actress Judy Moghalu, his second wife