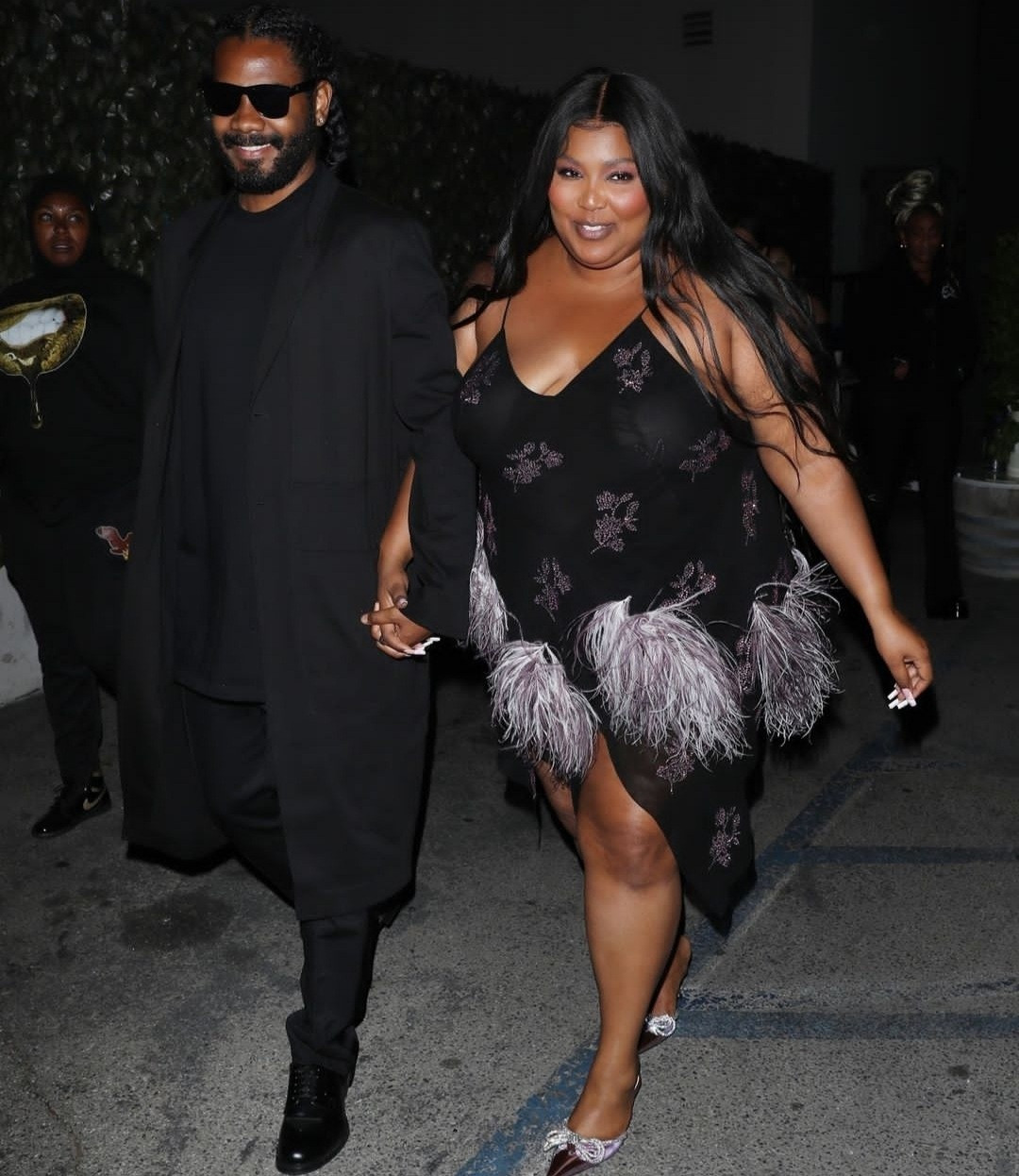 Lizzo steps out with her new man

American singer, Lizzo stepped out with her man in West Hollywood to celebrate her 34th birthday.

The body positivity advocate was photographed holding hands with her new man as she left her birthday party at Craig’s on Tuesday night, April 26.

Lizzo recently confirmed to Andy Cohen that she has a man but she hid his identity (read here).

He is the same mystery man she was spotted out with on Valentine’s Day this year but he was wearing a mask at the time.

For their latest outing, he was seen without a mask.