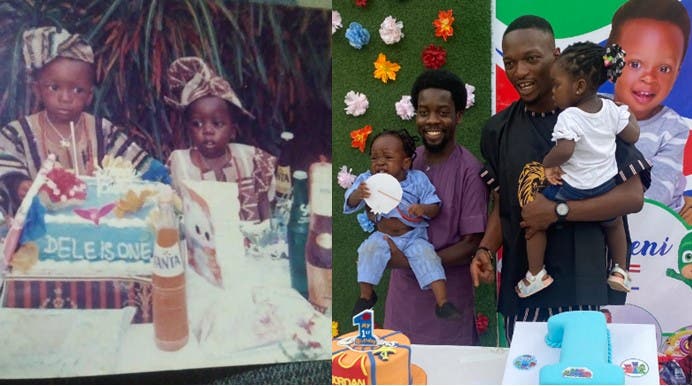 A Nigerian man identified as Sammy Desh has relived a nostalgic moment with his best friend, named Dele, by showing up for him like he did years ago.

He attended his best friend’s 1st birthday party when they were just toddlers and several years later, he has now attended the birthday celebration of his buddie’s 1 year old son.

Sammy shared two set of photos, the first being the throwback of him at his best friend’s birthday as a 1-year-old child, and a current one of him attending the son’s 1st birthday.

The young man wrote; ”I attended my best friend @ifedesh son’s 1 year old birthday party today, just like i attended when he himself celebrated 1 year.”

Lady with long braids gets into trouble with a monkey (video)