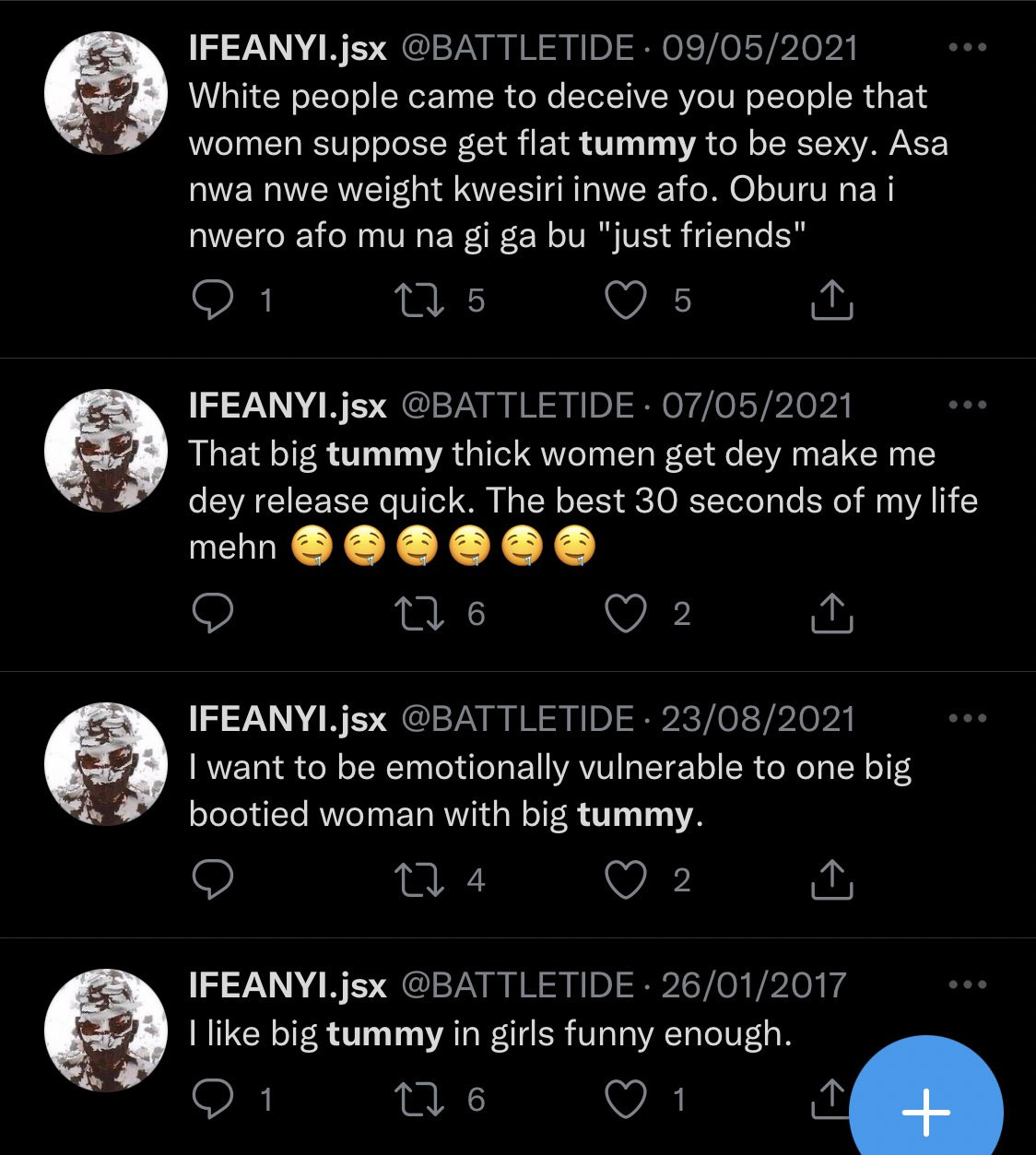 A man has been accused of speaking out of both sides of his mouth after he took to Twitter to make a statement that contradicts another he made in the past.

The Twitter user with username Ifeanyi wrote at different times in 2020 and 2021 that women with big tummy are attractive and he can never be with a woman who doesn’t have one.

He added that white people deceived black women that a big tummy isn’t desirable and they started exercising to get six packs. He went on to say he will only ever be “just friends” with women who have flat tummy.

He then returned to Twitter on Wednesday, April 27, to call out women with big tummy.

He wrote: “You people come to twitter to lie that FUPA is attractive. Lmaooooo.”

His old tweets were then screen-grabbed and shared with him.

“We have tools no-one else can boast of”