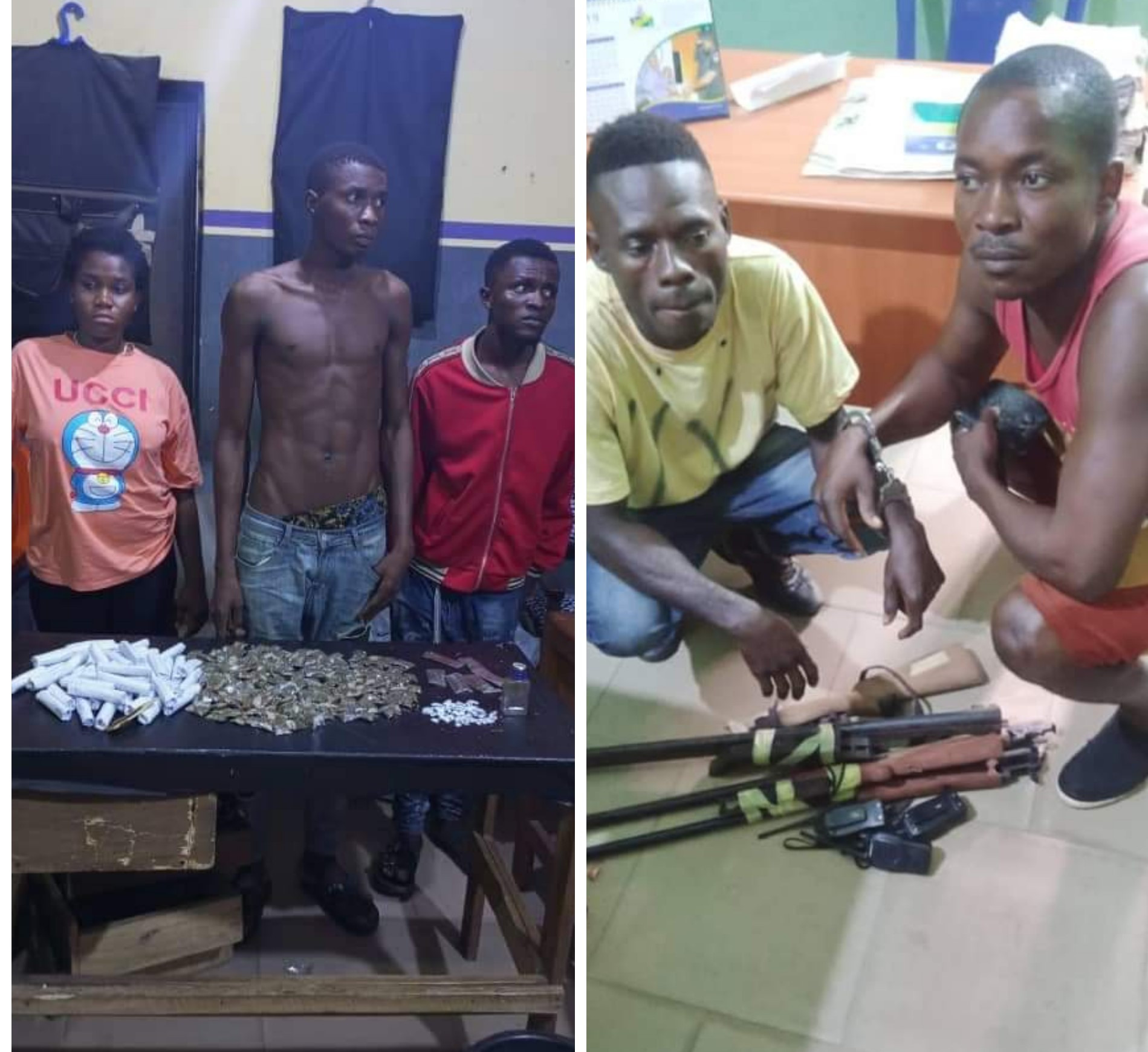 Spokesperson of the command, DSP Bright Edafe, who disclosed this in a statement said substance suspected to be cocaine and other illicit drugs were recovered from the dealers in Ogwashi-Uku.

The PPRO said the robbery suspects were nabbed by operatives attached to safer highway patrol, deployed along Benin-Sapele road in Sapele, while conducting stop and search.

They operatives intercepted a Toyota Camry car with reg no. APP 134 UP driven by one Osasere Megegbe, 45, in company of one Edosa Monday, 35, both of no 12 Emah Community road, Ekiadolor Benin City.

“During the search, one cut-to-size double barrel gun was found concealed inside the engine compartment. The suspects were promptly arrested, the gun and vehicle recovered to the station

“Upon further investigation and interrogation, two additional long single barrel guns shrouded under the back sit of the vehicle were also recovered. Suspects are in custody and will be charged to court upon completion of investigation.”

“You might think I don’t care because I don’t call you but…..” Regina Chukwu pens open letter to Kemi Afolabi

“I became an actress to avoid marriage”– Actress, Nse Ikpe-Etim