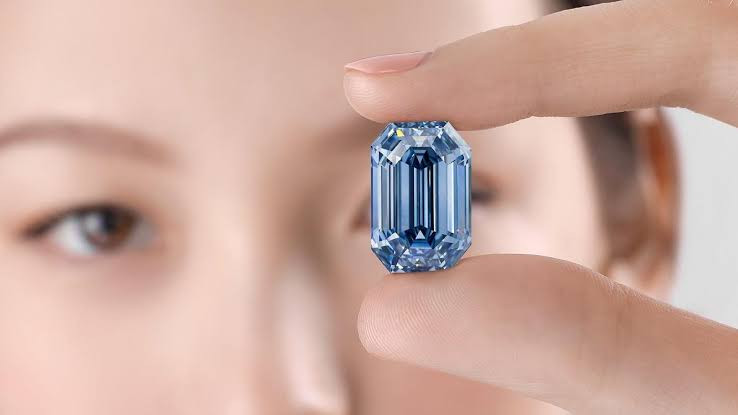 The World’s largest blue diamond to come to auction has sold for $57.5 million.

The rare 15 carat masterpiece named  “The De Beers Cullinan Blue,”  sold at auction house, Sotheby’s in Hong Kong after an eight-minute bidding war among four hopeful buyers, according to Sotheby’s.

The winning bid, which passed its high estimate of $48 million, came from an anonymous buyer by telephone.

The rare diamond was found in South Africa’s Cullinan mine in 2021, and it has attained the highest rankings that colored diamonds are judged by.

According to a statement from Sotheby’s, the Gemological Institute of America (GIA) categorized the jewel as “fancy vivid blue” — the top color grading, which has been awarded to no more than 1% of blue diamonds submitted to the organization.

Sotheby’s added that only five gems over 10 carats have ever appeared at auction. None have ever been over 15 carats, “making the appearance of this flawless gem a landmark event in itself.”

#YulEdochie: ‘Nothing will happen if a woman marries two husbands, the problem is nobody has gathered liver to do it and you women dont have money