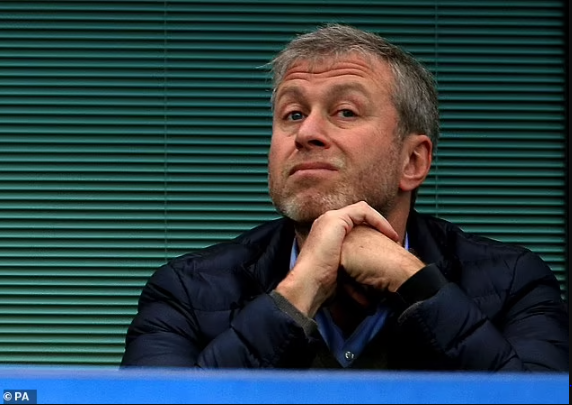 Roman Abramovich ‘demands an extra £500million’ from Chelsea’s prospective new buyers and will now sell the club for £2.5bn

The sale of Chelsea football club has reportedly taken another twist with sanctioned owner Roman Abramovich demanding an additional £500million for the club.

According to Sky News, the trio of billionaire-studded consortia were informed in the last 48 hours of Abramovich’s request.

They state that the Russian wants this figure guaranteed to increase the pot that will be handed to charitable causes.

It is believed that this total will see the value of Chelsea reaching at least £2.5billion – with £1bn of that being donated to charities.

Abramovich, 55, was sanctioned last month on the back of his homeland Russia’s invasion of Ukraine in February.

Russian oligarchs have been targeted since the start of the war and Abramovich was a known ally of President Vladimir Putin.

According to Sportsmail on Tuesday, the three remaining bidders for Chelsea have begun their final pitches, with the preferred bidder initially expected to be chosen this week.

Still in the running to become the new owners are a consortium led by Sir Martin Broughton, the former Liverpool chairman, and another headed by LA Dodgers part-owner Todd Boehly.