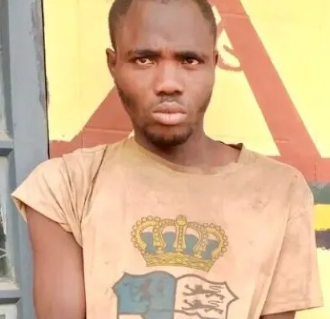 A 33-year-old truck repairer was caught by the Osun Amotekun Corps allegedly extracting the teeth of a corpse for money ritual.

Afeez Odusanya was among several suspects paraded by the corps in Osogbo on Wednesday, April 27.

The Field Commander, Osun Amotekun Corps, Mr Amitolu Shittu, told newsmen that 12 teeth believed to have been extracted from corpses he exhumed for money ritual were found in the suspect’s possesion.

He further stated that two finger bones were also recovered from him.

Shittu said the suspect lives in Sagamu, Ogun State, but was caught at a burial ground in Ilesa, Osun State, while allegedly exhuming a corpse for ritual.