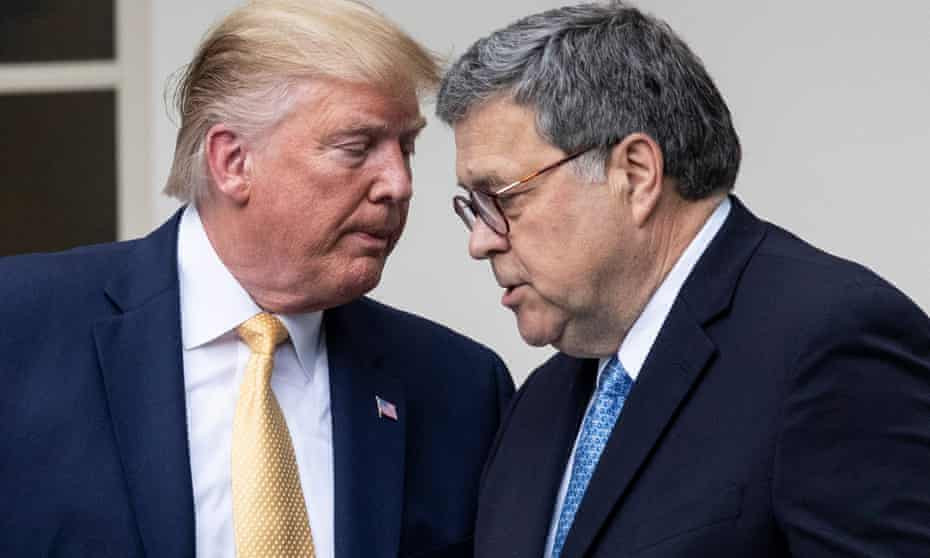 Former US attorney general, William Bill Barr has said it would be a “big mistake” for Trump to be the Republican party’s presidential nominee in 2024.

While billionaire businessman, Trump has not formally declared that he will be running for president in 2024, he has dropped major hints about doing so.

In January, he called himself the “45th and 47th” president in a video filmed by a golfing buddy.

Graham said in February that Trump has a “great chance” of becoming president in 2024 and that the spot on the GOP ticket was “his nomination for the taking.”

Barr and Trump have fallen out, a relationship which turned sour during the last months of the Trump administration.

In March, Barr released a book called “One Damn Thing After Another,” in which he refuted Trump’s claims of voter fraud in the 2020 election, writing: “The election was not ‘stolen.’ Trump lost it.”

During an interview with NBC in March, Barr said that Trump never had a “good idea” of what the roles of the president or the Justice Department were.

Responding to Barr’s claims, Trump released a letter calling him “slow” and “lethargic” and a “big disappointment.”

To which Barr responded calling Trump “childish” and accusing the former president of throwing a “tantrum.”

In March, Barr also prodded Trump repeatedly, saying Trump was not his “idea of a president.” On a separate NBC appearance,  Barr said working with Trump was like “wrestling an alligator” and that the former president loved being “surrounded by yes men.”

Now Barr says Trump being given the GOP ticket will be bad.

“I don’t think he should be our nominee — the Republican Party nominee,” Barr said on Newsmax’s show “Spicer & Co.”

He told host Sean Spicer, who also worked for Trump, that he thought Trump should not be on the GOP’s 2024 ticket.

“I don’t think he should be our nominee — the Republican Party nominee,” Barr said. “And I think Republicans have a big opportunity — it would be a big mistake to put him forward.”