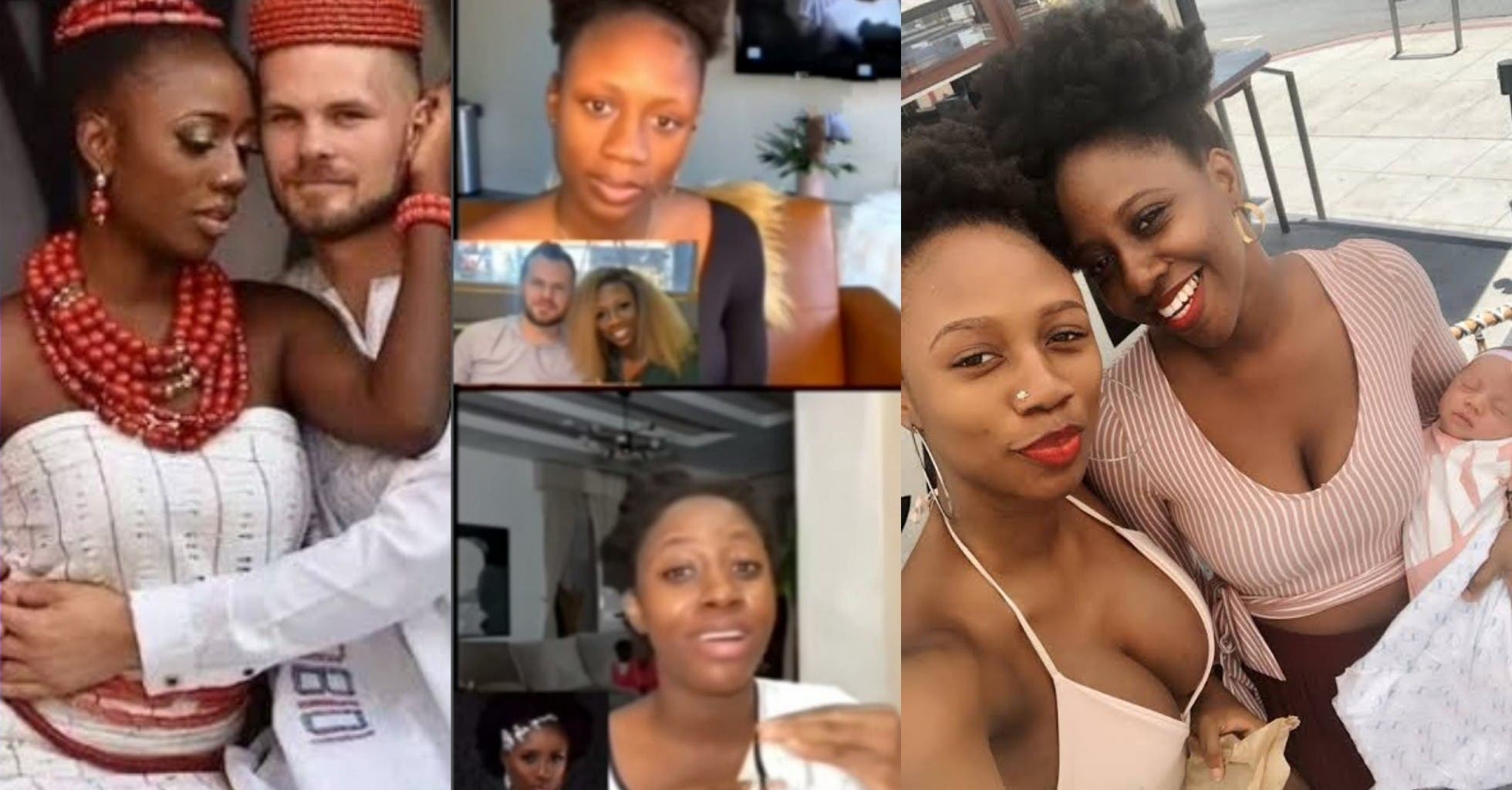 The Mother of two, whose marriage ended recently, revealed this during a Facebook Live conversation with her sister, Nancy Umeh.

In the video, Korra described how her husband began to ‘milk’ her immediately she began to monetize her videos on social media.

According to her, when the money started rolling in, her husband claimed ownership of it, because he sees her as his property, therefore her ‘money is their property as well’.

Since March, the 34-year-old sports therapist, Justin Dean and his wife have been in a messy divorce controversy after welcoming their second child.