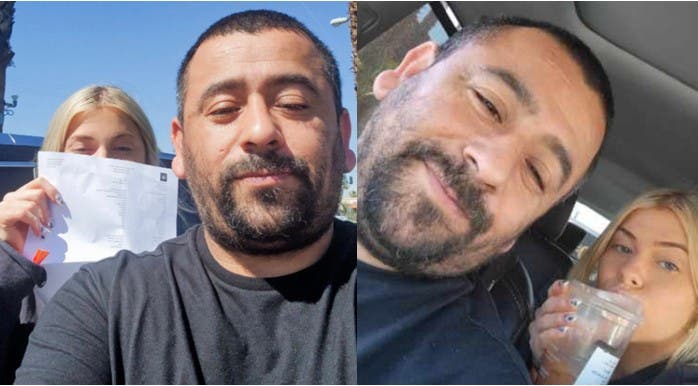 A young lady, Becca Moore might just have been the destiny helper sent to change the life of an Uber driver who came to her aid after she got robbed.

She disclosed in a tweet hat her phone, credit card, and keys were stolen at Coachella and she was left stranded.

A hotel called an Uber driver named Torres to transport her to wherever she wants to go. Interestingly after sharing her plight with him, the man decided to end work for the day and help her throughout the day.

He accompanied Becca to the police station to file a report and later took her to where they ordered drinks. While having a conversation, the cabman showed her some photos of his family and that was when she realised his daughter had cancer and she is undergoing chemotherapy.

On hearing Torres’ touching story, the lady decided to set up a GoFundMe to raise money for him and his family.

Becca wrote; ”I got robbed at Coachella, my phone, credit card, & keys were taken. the next day I was left in a city alone with no way to ask for help. a hotel got me an uber & the driver ended his shift to stay w me all day. he helped me file a police report & we ended up getting margs lol.”

She added; ”While we were eating, he showed me pictures of his family and I realized his daughter is currently a high schooler struggling through chemo. he saved me in an emergency that day so I want to help him. I made him a gofundme!! please share / donate!!”

As at the time of filing this report, the GoFundMe account has received donations to the tune of $106,219 (N44 million).

I won’t retire until I become President – Bola Tinubu