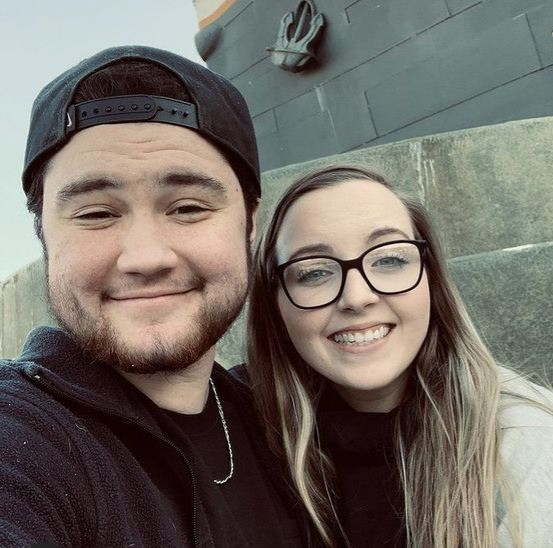 Two best friends who have known each other since they were classmates are now married after one transitioned into a man.

Aaron eventually moved thousands of miles away from Kayla then started to identify as a man.

They then fell in love and got married.

Aaron credits his wife with supporting him through the toughest periods of his transition. He added that she even helps to administer his testosterone supplements.

Media company owner Aaron said: “Me and Kayla are happily married and all the trials and tribulations I’ve been through to get to this point have been so worth it.

“We had a connection that was instant – but our romantic relationship was a slower progression.”

Kayla, who owns the media company alongside her husband, added: “Our relationship was built upon our friendship and I believe that’s what makes it so strong.”

The pair initially met when at school in Tennessee, but after just six months Aaron had to move back to Oregon with his family.

Aaron eventually grew apart from his family as they were conservative and regularly attended church while he realised at age 14 that he was attracted to women.

Aaron still identified as female at the time and his family disapproved of same sex relationships.

Aaron noted: “My early years were challenging because I knew from a young age I wasn’t feeling what others my age were feeling.

“As I started to mature and go though puberty it became evident to me something didn’t feel normal and I started doing my own research.

“Because of my background I never explored my feelings – I was so sheltered from the existence of the LGBTQ+ community.

“When I came out gay at first, my family were extremely disappointed and they kept making excuses as to why I was saying these things.

“They made me see the pastor at our church to try and ‘cure’ my feelings, and they then started saying I was simply not praying hard enough.”

So, at 16, he got a job at McDonald’s and saved to move out. Then he transitioned and began presenting as male.

Kayla said: “While Aaron was away in Oregon, I kept up to date with his transition and what was going on with him all those years.

“When I finally did see him again, he gave me the biggest embrace and we both cried.

“It felt really natural moving from being friends to being in a relationship.

“Aaron was always the same person no matter what his name or pronouns were, so his transition didn’t affect our relationship in the slightest.”

Aaron added: “I’m incredibly blessed to have Kayla as my wife and for her to have loved me no matter what gender I presented as.

“Plucking up the courage to kiss her was huge, and when she kissed me back I’d never felt so happy.

“I’d felt this way since the moment I met her and to have her as my wife now is a dream come true.

“Unconditional means without condition – and her love for me was, and still is, just that.”

“Your Pastor is not your boyfriend/girlfriend”