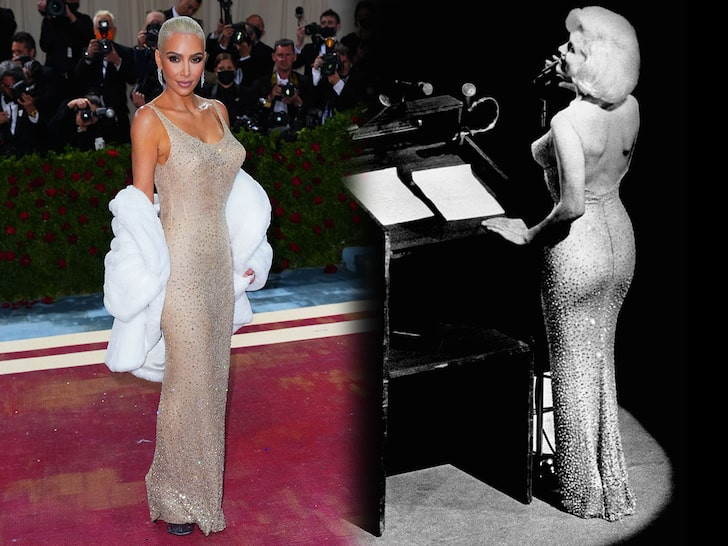 The dress was being housed at Orlando, Florida’s Ripley’s Believe It or Not when Kim‘s team reached out to the museum.

The museum let Kim try on the dress for a fitting but according to TMZ, the fitting “didn’t go well.” Both Kim and the museum did not like how the dress fit her. The museum denied her use of the dress because it is 60 years old and is very delicate.

A month later, Kim returned 16 pounds lighter to try again. She was then allowed to rock the dress to Met Gala’s red carpet on Monday night.

She wore the actual dress to walk and take photos, but later changed into a replica for the actual event inside.

The dress which has been returned, will go back on display at the Ripley’s in Hollywood, CA along with other accessories she paired with it at the Gala.