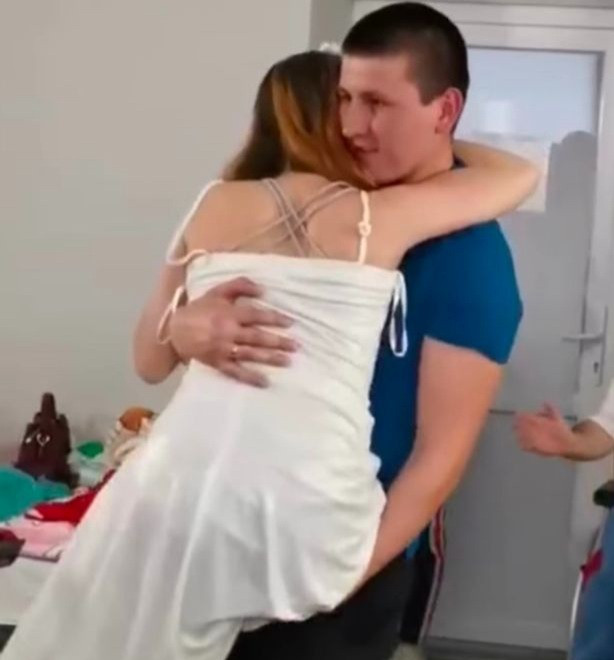 A Ukrainian nurse who lost both legs when she stepped on a Russian mine has married her husband in a hospital.

The 23-year-old nurse was on her way home with her now-husband Viktor in Lysychansk on March 27, when she stepped on the explosive.

The blast happened in a split second and while Viktor was left unharmed, Oksana lost both of her legs and four fingers on her left hand in the explosion, the Lviv Medical Association said.

She has undergone four operations to stabilise her injuries before going to Lviv to have prosthetics fitted.

The pair, who have two children, have now tied the knot in a heartwarming hospital ceremony before the bride was fitted for new limbs.

The couple bought wedding rings in Lviv, found Oksana a white dress, and enjoyed a wedding cake baked by volunteers at the hospital, Sky News reports.

Ukraine’s parliament shared the news of their wedding on their official Twitter account, describing it as “a very special love story” and wished the couple “happiness and long years together”.

The Lviv Medical Association added: “Life should not be postponed until later, decided Oksana and Victor, who in six years together never found time for marriage.”

Oksana is now preparing to travel to Germany with her husband for further treatment.

See a video from their wedding below.

???? Very special lovestory.
A nurse from Lysychansk, who has lost both legs on a russian mine, got married in Lviv. On March 27, Victor and Oksana were coming back home, when a russian mine exploded. The man was not injured, but Oksana’s both legs were torn off by the explosion. pic.twitter.com/X1AQNwKwyu