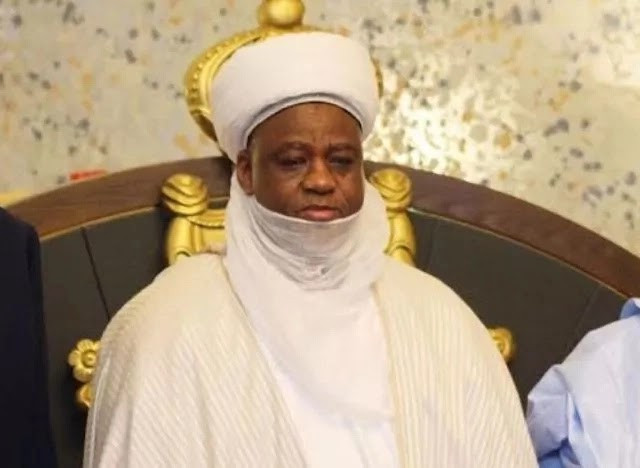 We’ll never allow terrorists have their way – Sultan of Sokoto

The Sultan of Sokoto, Muhammadu Sa’ad Abubakar has stated that terrorists must never be allowed to have their way in the country.

The Sokoto monarch who said this while receiving Chief of Army Staff, General Faruk Yahya, who paid him Sallah homage on Tuesday May 3, described bandits as total terrorists who must be eliminated.

He further stated that the challenges are testing the capacity of security operatives. The Sultan said;

“We will never allow terrorists to have their ways. The more we strategize to defeat them the better for all of us.

“Like what Mr President day on Sallah day, I too believe we are bringing this to an end”

The  Chief of Army Staff on his own part, promised to get Bello Turji and other bandits terrorising the northwestern part of Nigeria.

In his speech at the ground breaking ceremony of forward operation base in Isa local government area of Sokoto state on Tuesday May 3, he stated that there shall be no resting place for terrorists in the country.

Faruk who disclosed that the essence of establishing the base was to shorten the distance to bandits’ dens, said more foots, equipment and other enablers would be deployed to the base.

“We will reach to where they are hiding, defeat them and recover their weapons.

“We know how important Isa is to our operation. It holds a strategic position in our operation. We are establishing forward base in important places in our effort to improve the reach to bandits, terrorists and other criminals, defeat them and recover their weapons”