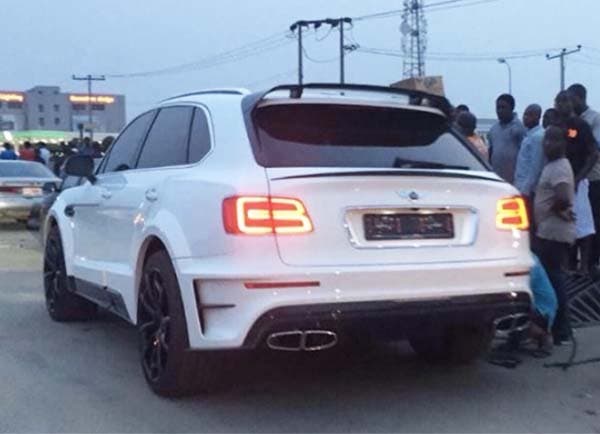 A Nigerian entrepreneur has narrated how an admirer attempted wooing her at a popular supermarket but later changed his mind.

He reportedly accompanied her to her vehicle in the car park and on seeing the type of whip she drove, he backtracked and apologised for trying to woo her.

The young woman with Twitter handle @Somms_N noted that he said she is his oga and should not have made a move on her.

She wrote; ”Someone aborted mission on toasting me at Ebeano today after walking me to my car.

He said I’m his oga and he shouldn’t have tried it. I don’t know how to feel”

Read some comments below..

@lolofirstclass; I saying all the time men dint know what to do with a rich independent lady. They’ll pretend they they don’t like dependent women meanwhile it boost their ego. 😂😂😂 baby girl feel anyhow you like

@Pebblepj; That man lives in a place called reality. He’s looking at probabilities and most women don’t love and respect men they perceive to be “below” them. It’s the culture of hypergamy that exists (which I don’t even think is a bad thing)

@SheunAdeola; Haha can’t blame the man. Honest self assessment is good. Let him go date within his social cadre

@Dontee___; Nah… It’s low self esteem.. What made him think the lady won’t be interested