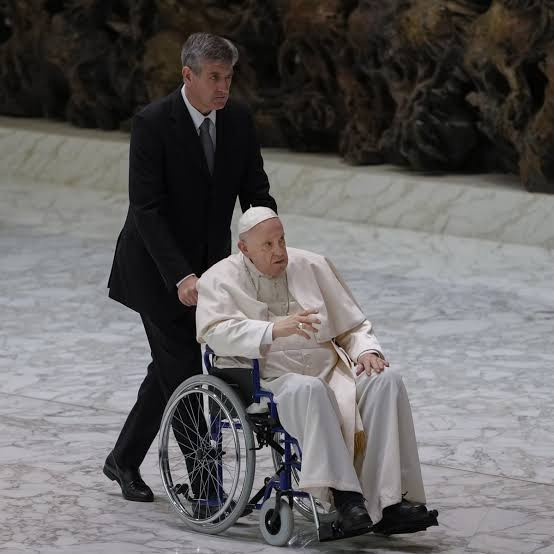 Pope Francis was seen in public using a wheelchair on Thursday, May 5, days after he said he was having a minor knee operation.

The pontiff, who has been suffering from pain in his right knee for some time, was wheeled into the Paul VI hall in Vatican city for a meeting with nuns and mother superiors from around the world.

The newspaper, Il Messaggero, said the nuns applauded the pope at length as he was wheeled into the room by his most trusted assistant today, May 5.

In an interview with Corriere della Sera on Tuesday, May 3, Francis, 85, said he was about to undergo a minor “intervention with infiltration” due to a strained ligament.

At the end of an audience with bishops from Slovakia last week, the pope, seated in a chair, apologised for not being able to rise to his feet to greet his guests.

“There is a problem, this knee doesn’t work,” he said. “I have to obey the doctor, who told me not to walk.”

Although he has used a wheelchair before, this was the first time he has appeared in one in public.