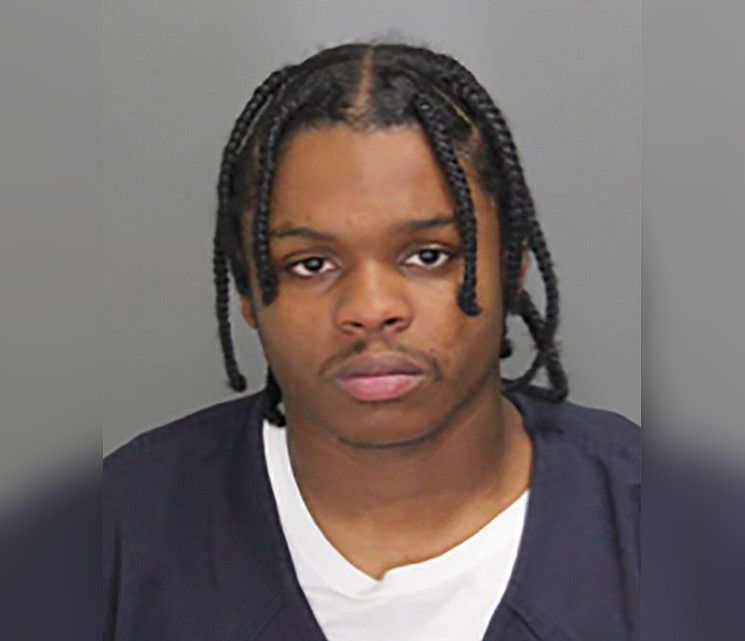 American rapper, 42 Dugg has been arrested by federal agents after he failed to surrender to authorities to serve his six-month prison sentence.

According to Detroit News, the 27-year-old rapper failed to report to a federal prison camp last month in West Virginia to serve his sentence for illegally possessing a firearm. He is now facing an absconding charge and could face up to five years behind bars over the case which is connected to an incident in which he allegedly fired a weapon inside a gun range in Atlanta.

Dugg was arrested on Wednesday May 5, in Detroit after he arrived on a private jet that flew in from Memphis.

“He got off the plane and they were waiting there to greet him,” said the rapper’s lawyer, Steve Scharg.

Surveillance footage from the gun range showed Dugg and two others possessing, loading, and shooting a 9 mm Glock pistol. Since he was convicted of carjacking and felony firearms possession in the past, he is not permitted to possess firearms.

He was also arrested in March 2020 on felony firearm possession charges. His lawyer successfully kept the rapper out of jail amid the COVID-19 pandemic, and he was instead sentenced to three years of probation.

Court officials later threatened to revoke his probation after he tested positive for unspecified drugs, and in response, he filed an appeal.

His probation was revoked in February, and he was sentenced to six months behind bars followed by two years of probation.