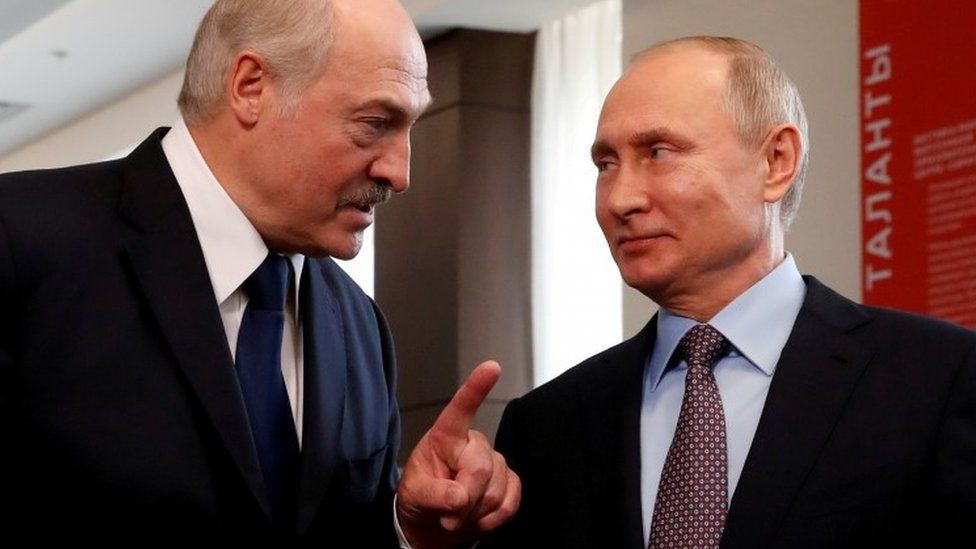 Authoritarian Belarusian leader and Vladimir Putin’s ally, Alexander Lukashenko, has defended the war in Ukraine but rallied against suggestions that Russia might use nuclear weapons against Ukraine.

Russian strongman, Vladimir Putin helped Lukashenko cling to power in 2020 after his widely disputed presidential re-election sparked mass protests in Belarus and Lukashenko returned the favor by backing Putin’s invasion of Ukraine even allowing Russian forces use Belarus to launch the invasion into Ukranian territory.

In an interview with AP, published Thursday, May 5, Lukashenko said Russia’s leader had no choice but to act because Ukraine was “provoking Russia”.

“I am not immersed in this problem enough to say whether it goes according to plan, like the Russians say, or like I feel it.

“I want to stress one more time: I feel like this operation has dragged on.”

Lukashenko said he wanted the war to end, claiming Belarus had “done and are doing everything” to stop it.

When asked about possibility of Russia using nuclear weapons in Ukraine, Lukashenko said;

“It’s unacceptable because it’s right next to us”, but added he did not know whether Russia intended to use them.

Belarus was already under Western sanctions following the 2020 election, and faces further sanctions from the West over its role in the conflict.

Out of the 193 UN member states, Belarus didn’t join the 141 countries that condemned the war, with some major countries like China and India choosing to abstain.

2023 elections: We will not extend time-table for primaries – INEC warns parties

Isn’t one who betrays you bound to pay the price of karma?