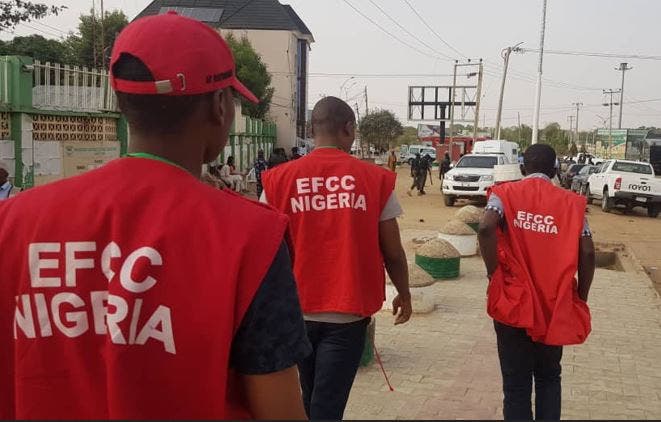 Bernard Damisa, a Nigerian lawyer, has said he had asked the Economic and Financial Crimes Commission to investigate a Chinese company, 86FB Football Technology, whom he facilitated its registration with the Corporate Affairs Commission, according to SaharaReporters.

Damisa stated this while clarifying his roles in the company to clear the air about the massive fraud.

SaharaReporters had earlier reported that thousands of Nigerians had invested funds in the company which claimed to return 3% profit on the initial investment.

The Chinese-owned investment platform, however, stopped paying investors. Several Nigerian investors had lamented that they lost over N200billion to the scheme.

The company, according to the victims, was dubiously registered under the Corporate Affairs Commission using the passport document of a Nigerian young lady named: Alozie Chidiebube Chimuanya.

Damisa was said to have facilitated the company’s CAC registration.

But in a short statement sent to SaharaReporters, the lawyer explained that one Chidi Asiegbu approached him with regards to the registration of the company for “Sports Betting” purpose.

Asiegbu, according to the lawyer, further provided the details of Alozie Chidiebube as director and shareholder of the Company after which the registration was completed.

Damisa said upon completion of the registration, the incorporation documents were handed over to Asiegbu.

The lawyer said that was the only role he played stating that he was not aware of the intention of the company to operate an investment scheme as the registration does not include this.

He, however, said he had since petitioned the Economic and Financial Crimes Commission when he started receiving calls from people who claimed they were defrauded by the company.

Damisa added that he applied to the Corporate Affairs Commission to remove him from the company’s details due to the alleged scam.

He wrote, “For the avoidance of doubt and for the benefit of setting the records straight, please be informed that I never aided or ‘helped’ any dubious entity.

“Sometime in February 2022, Mr. Chidi Asiegbu approached me requesting that I register a company for the “Sports Betting” purpose.

“I advised Mr. Asiegbu on the requirements of CAC and the National Lottery Commission for entities with this kind of objective. Mr. Asiegbu provided the details of one Alozie Chidiebube as director and shareholder of the Company in line with CAC’s allowance for a single shareholder/director company under the 2020 CAMA as amended.

“I proceeded to register the company and handed over the incorporation documents to Mr. Asiegbu upon conclusion. This is the extent of my involvement without more.

“I am not aware that the company had commenced operation or even aware of the intentions of the Promoters. They were registered specifically for sports betting and not to carry out any investment scheme whatsoever.

“Upon confronting Mr. Chidi on this issue, his team issued a statement on 3rd May 2022, explaining the extent of my involvement. I equally petitioned the EFCC to investigate the activities of the company when I started getting calls and messages from people alleging that they have been defrauded by the Company.

“I have also applied to the CAC to remove me from the Company’s details on the basis that the alleged business of the company does not align with the values that I stand for.

”While I sympathise with the victims of this scheme, it is important to set the records straight and I implore you to report verifiable facts and not peddle rumour or hearsays to the public to further complicate the situation.

“The EFCC is carrying out their investigations and hopefully, in due time, those behind the alleged fraudulent activities will be revealed and prosecuted. Acknowledged copy of my petition is herein attached.”

South-East leaders and traditional rulers barred from meeting with Buhari