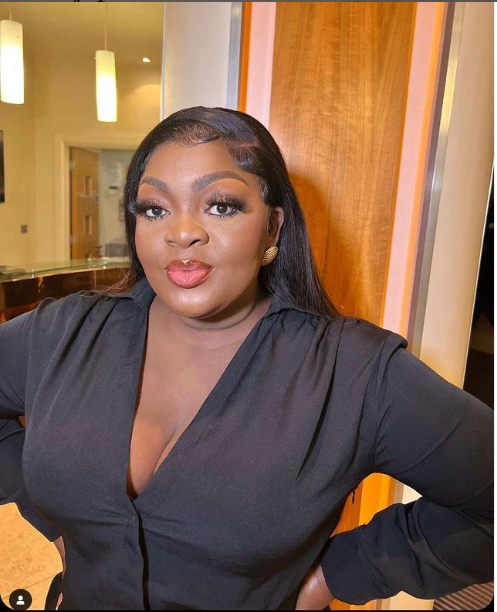 “I can’t even lie my DM is crazy right now ”

Nollywood actress, Eniola Badmus has declared herself  “every man’s choice” while revealing that she’s getting a lot of DMs from men following her weight-loss transformation.

Recall the actress got everyone talking after she debuted a trim figure last December and broke the internet.

Eniola later revealed she lost 33kg, and that she made the decision to lose weight because of the stigma and pressure she had received.

Sharing a new stunning photo of herself on Instagram, the 44-year-old actress wrote in her caption:” Every man’s choice………..I can’t even lie My Dm is crazy right now y’all should take it easy on me ooooo.”