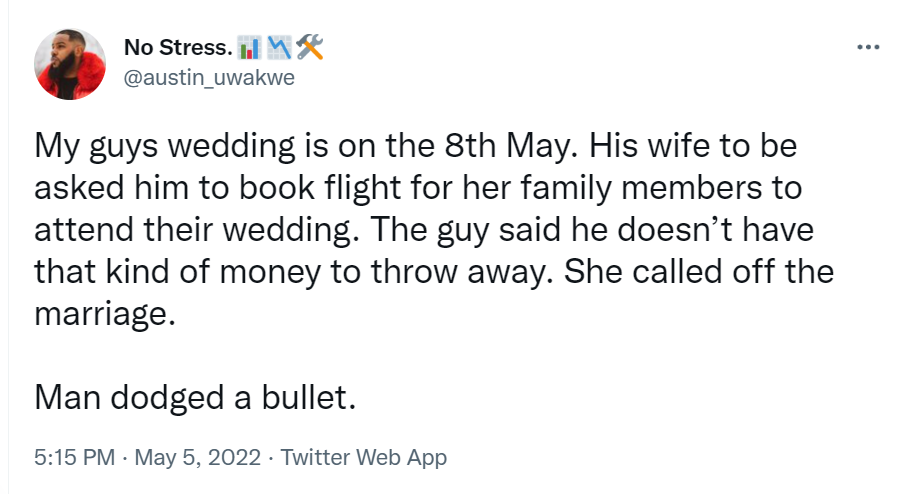 A Nigerian man has narrated how his friend’s fiancée called off their wedding after he refused to pay for her family’s flight.

According to @Austin_Uwakwe, his friend “dodged a bullet” and his fiancee probably made the demand because she heard his family members would be taking a flight.

He added that his friend is rich but doesn’t want to throw money around. Read his tweets below…………

My guys wedding is on the 8th May. His wife to be asked him to book flight for her family members to attend their wedding. The guy said he doesn’t have that kind of money to throw away. She called off the marriage. Man dodged a bullet

You people will always find a way. I’m not surprised either. What’s stopping her from book her family members flight ticket. Oh because of the ‘throwaway’ she called it off. Oh she has done noble.

Just because she heard the guys family will be coming with flight.

She’s probably this woke type of babe who feels she got options. She called it off with her full chest.

Man is rich but doesn’t want to throw money around. You shouldn’t take because I’m rich you wanna order the world. Who does that? Nobody should know any slut but let’s know how to contribute to a union

Ekiti Prince sentenced to death by hanging for killing monarch