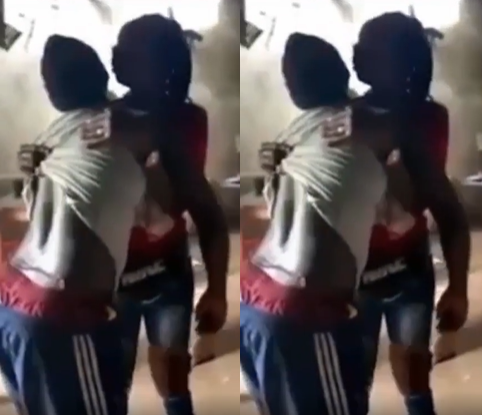 There was panic at a local brothel after a man who went to enjoy a nice time with three commercial sex workers couldn't stand on his feet after the marathon sex. In a viral video shared online, one of the sex workers is seen holding the unidentified man who could barely stand on his own. While other sex workers made a mockery of him, he was later given a chair to sit on before they poured water over his head to help him regain his strength. Watch the video below…      View this post on Instagram           A post shared by Linda Ikejis Blog (@lindaikejisblogofficial)The post Man struggles to stand after sleeping with three sex workers at a local brothel (video) appeared first on Linda Ikeji Blog.

Prostitution is a calling from God