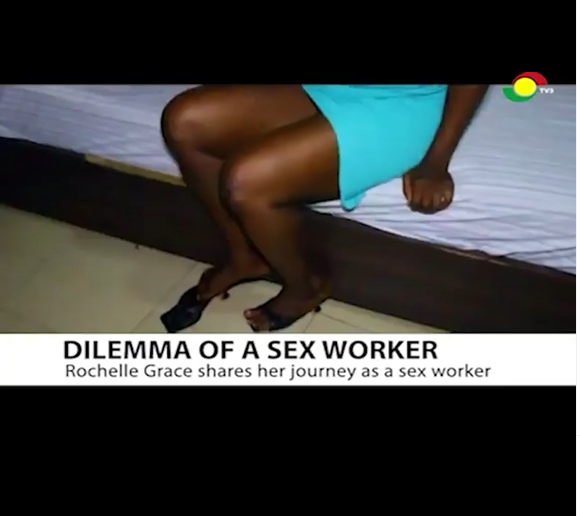 Prostitution is a calling from God

An experienced sex worker has claimed that prostitution is a calling from God.

Rochelle Grace (not her actual name) who spoke to TV3 in an interview, said the task is only possible if God has called you. The lady who was introduced to the profession by friends, claimed she has nothing to show for ten years of sleeping with various men.

She noted that the street has stolen everything from her, even her pride, and she now has just God.

“The street has my pride and all I have. Everything. Everything is gone. If I have anything left, God will decide, but I don’t.”

She further revealed that she wanted to become either a marketer, lawyer, or work for the Ghana Police Service’s Criminal Investigation Department, but her aspirations did not materialize because she was not supported in her education.

“In 10 years of abuse, I have nothing to show the world. Nothing, I simply have a lease and if I don’t pay it, I’ll be evicted. This is my room, there is no luggage here, nothing, nothing to show for all the bother. My childhood desire was to be a lawyer or a CID, but I never had the chance.”