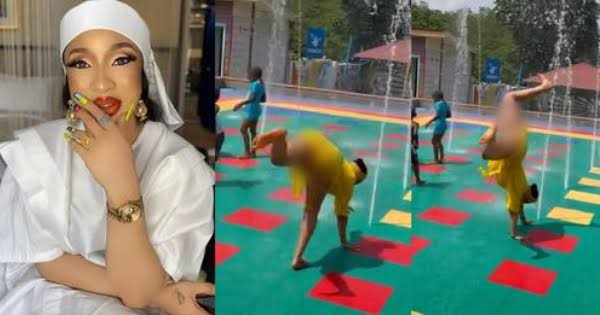 Controversial Nollywood actress, Tonto Dikeh, has clapped back at backlash trailing her acrobatic skills at a water park.

Recall that the mother of one took her son, King Andre, to the Splash Water Park in Abuja, and decided to join in the fun, instead of watching her son have fun like most moms do.

In the clip she shared on Instagram, the actress was seen doing a somersault which seemingly revealed her groin region.

Reacting to the comments, Tonto shared a screenshot of the somersault and told her critics to zoom if they like, but the only thing they will discover is that, it is very clean down there and it smells nice.