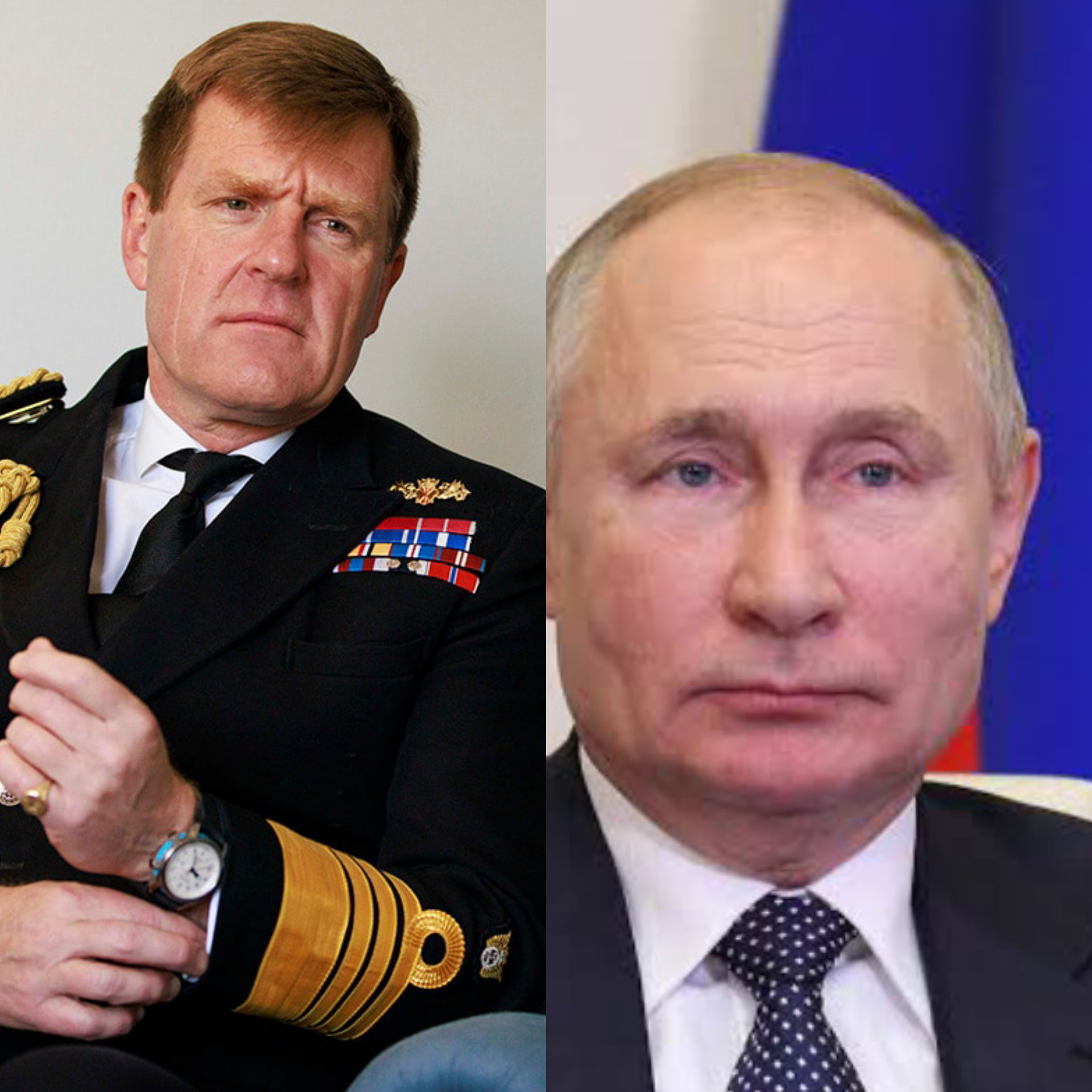 Vladimir Putin faces huge cost if he threatens other countries

Russian president, Vladimir Putin will face a “huge cost” if he dares attack any nations outside Ukraine, the head of the Royal Navy, Admiral Sir Ben Key has said.

In his first interview as First Sea Lord, Admiral Sir Ben Key said it was imperative that NATO worked to “contain” the invasion of Ukraine and did not allow it to “accelerate away from us”.

“The lessons of history would say that we are in a particularly fragile moment right now, which is why it’s really important that whilst the support we are giving to Ukraine at the moment is to enable them, we have to show in robust and resilient posture across the rest of the contact line with Russia … so that President Putin understands this is not something that he can broaden without huge cost to him and Russia.”

Speaking to the Telegraph, he accused Putin of an “egregious wrong” against Ukraine, urging the UK to continue to support Volodymyr Zelensky, the Ukrainian president, to help provide his fighters with “the wherewithal to defend their territory, their homeland and their people”.

He said while the hope was that Putin “chooses to desist”, that outcome feels “a long way away at the moment”.

Sir Ben said that although the war in Ukraine is mostly land-based, Nato navies needed to maintain a deterrent posture to “counter Putin’s actions and dissuade him from doing more”.

“We represent a threat,” he said. “The Russians effectively tried to exclude any other any other ships from operating in the northern part of the Black Sea and the Ukrainians demonstrated that that was not something that they could do freely.”

He said “ships become valid targets” in war, and the UK needed to ensure it was prepared for that eventuality. “That requires for our posture to be correct, for our capabilities to be properly aligned, for us to be modernising and adapting to seeing what others can do and what technology opportunity offers us,” he added.