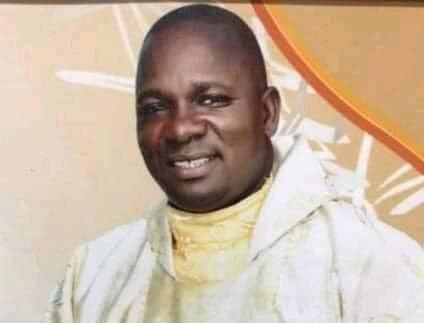 Reverend Father Joseph Akete Bako, who was abducted by bandits in Kaduna State has died in captivity.

Gunmen had on March 8, invaded St. John Catholic Church, Kudenda in Chikun Local Government Area of the state and kidnapped the 48-year-old priest from his residence after killing one security guard.

The Chancellor, Catholic Archdiocese of Kaduna, Rev. Fr. Christian Okewu Emmanuel, who confirmed the sad development in a statement on Wednesday May 11, said the late priest had died between April 18 and 20, 2022.

According to the Chancellor, the cleric was sick before the incident, adding that the abductors did not allow him to take his drugs.

“Rev. Father, Joseph, aged 48, was kidnapped from his residence, in St. John Catholic Church Kudenda, where he was serving as Parish Priest, on the 8th March, 2022,” he stated.

“His own brother was killed there in his presence and after his brother was killed, his condition worsened and he died. We have not recovered his corpse but we have confirmed his death. People who were kidnapped together with him saw him die.”

The Chancellor said the Catholic Archbishop of Kaduna, Most Rev. Matthew Man-Oso Ndagoso, has communicated his deepest sympathies to the breaved family and the entire Catholic Community of St John Catholic Church, Kudenda and assured them of his fraternal closeness and prayers.

“Details of his funeral arrangement will be announced as soon as they are ready. Meanwhile, kindly continue to pray for his peaceful repose, and for the consolation of the bereaved Christian Community in the Archdiocese of Kaduna,” the statement read.

I left because of personal hygiene. You have to tell a woman to change her pant in three days?

“Yes, we had domestic violence in our relationship” – Bae U reacts after he gets dragged for beating girlfriend, Mummy Wa