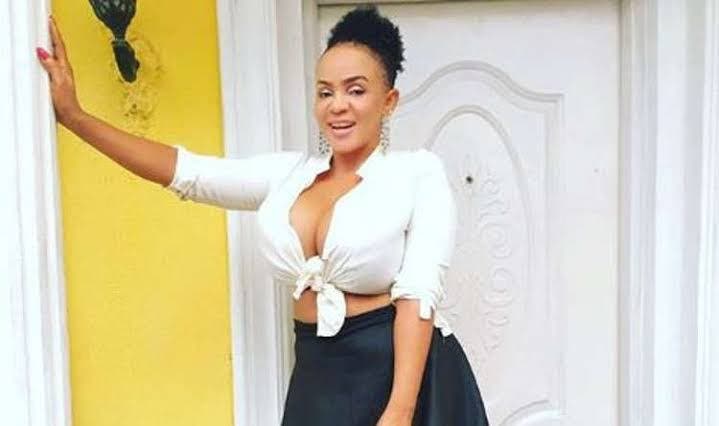 Cossy Orjiakor demands justice for sex with dog scandal in 2018

Cossy Orjiakor has taken to social media to demand justice for the embarrassment she faced during her sex with dog scandal in 2018.

A video had gone viral years back where it was alleged that the actress slept with a dog.

However, it was later discovered that the video was from a movie she featured titled “Itohan” in 2022, and she wasn’t engaged in bestiality as alleged.

Following the recent conversation on Twitter about ladies who allegedly sleep with dogs for money in Lagos, a Twitter user made a reference to Cossy’s scandal.

Reacting to the tweet, the actress called on the Police to help her find justice and bring the publisher who published the alleged story to book.

See what she wrote below;

“Sometimes a lifetime awards turns out to be a lifetime shame…..that’s when Nigeria happens to you.

Pls @nigerianpoliceforce @nigerian_police_force_sc @nigerian_police_academy_wudil_ I reported this case years ago. But I was just a naïve girl …a nobody . It was all over the news. Cossy Ojiako slept with Dog and got hiv. My image .. Emotional trauma .. my career everything went down the drain. . I lost my sense of purpose. . Uptill date no justice .. no apologies.. Nothing.

It’s really an insult to me when the Nigerian police went after the girl on TikTok that jokingly said she slept with a dog. What about me that was in the magazine headline. Am I invisible.? 🥲🥲.

Pls Solve this case and punish who ever is found guilty. Either cossy the girl that supposedly slept with dog or mr TUNDE MOSHOOD of the ENQUIRER magazine, who is now a politician in lagos state. The journalist that made millions from the Story that broke me.

Pls my Instagram family help me tag the right police handle because I lost hope in the Nigerian justice system.. It still hurts.. I want justice. …Thank you”