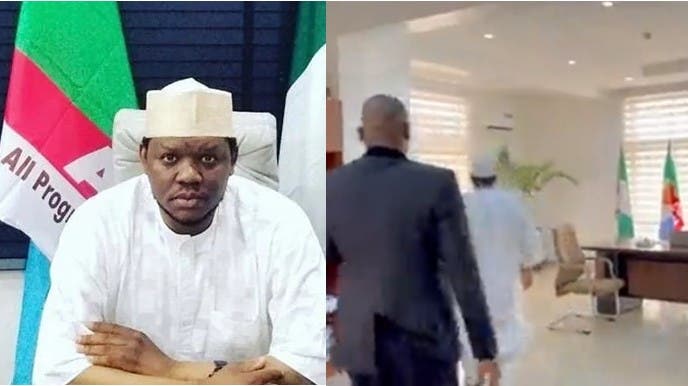 Adamu Garba dumps APC, takes down flag from his office

Following his resignation from the ruling All Progressives Congress, (APC), Adamu Garba has shared a video showing the moment he removed the party’s symbol from his office.

The former Presidential aspirant under the APC dumped the party which he said has lost its moral bearing.

In his resignation letter, Garba said partly; “My resignation was due to the fact that APC as a party, has lost its moral bearing and has taken to some exclusionary practices which are against standard democracy.

“More importantly, as a young man who believes in the future of Nigeria, and has high hopes in APC before now, I cannot continue to retain membership of a party that favours money beyond competency.”

However, in a video he posted moments later on Twitter, he could be see taking down the APC flag from his office.

He captioned; ”We joined APC for the sake of Nigerians, now that all is not looking straight. We believe only Allah is the Guarantor & Grantor of Authority. He never ever gives up on a the betterment of humans.