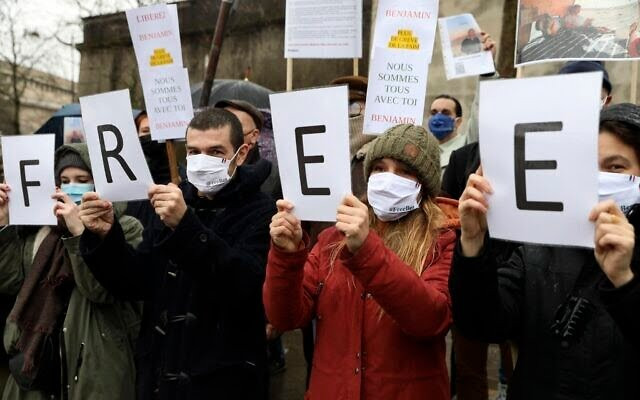 France has condemned Iran after two of its citizens were detained while on holiday at the Islamic republic.

On Wednesday, May 11, the Iranian intelligence ministry said two Europeans had been arrested for planning to cause “chaos, social disorder and instability”.

The ministry said they shared the same nationality and alleged that they were foreign “agents” sent to Iran to “take advantage” of protests by teachers and other workers, without providing evidence.

The arrest comes after lots of teachers took to the streets early this month in more than a dozen Iranian cities to demand fair wages, better conditions, and the release of teachers detained ahead of the protests.

France’s foreign ministry on Thursday, May 12, confirmed two of its citizens are being detained in Iran and demanded their release.

“The French government condemns these baseless arrests,” a statement said.

The French ministry did not identify the pair, but the head of France’s education union said an employee and her husband had gone missing while on holiday in Iran.

Christophe Lalande, federal secretary of France’s FNEC FP-FO education union, told Reuters news agency that there was a “strong presumption” that one of its staff and her husband were the two arrested.

France said its ambassador in Tehran was seeking consular access to its citizens and would remain “fully mobilised” until they were released.

In recent times, Iranian authorities have reportedly arrested dozens of Western citizens – most of them Iranians with dual nationality and Human Rights groups have accused Iran of using them as bargaining chips in negotiations with the West.

‘We will be forced to take retaliatory steps’