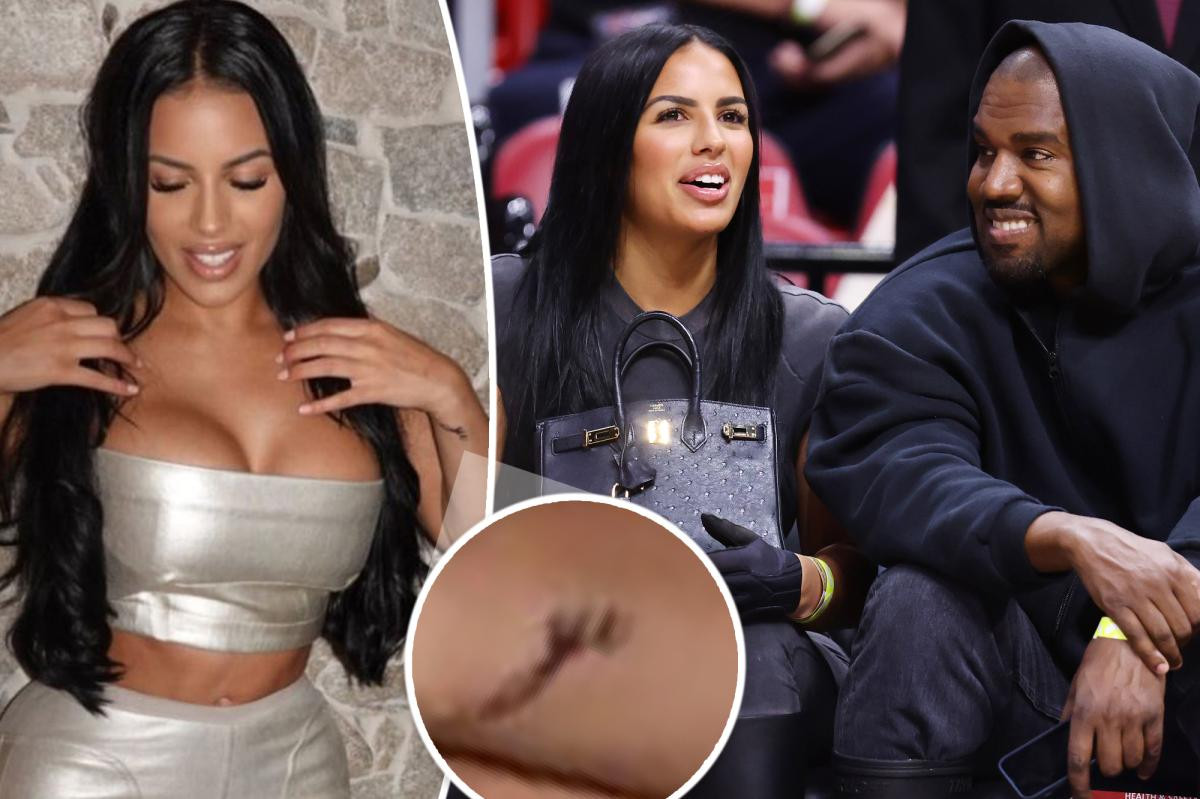 Kanye West’s new girlfriend, Chaney Jones has taken her love for the rapper to another level.

The 24-year-old Instagram influencer, who has an uncanny resemblance to his ex-wife Kim Kardashian,  got his name ‘Ye’ tattooed on her left wrist.

Chaney posted a photo of herself on Instagram Stories Thursday May 12, wearing a tiny bandeau top and shiny pants with built-in heels and showed off the “Famous” rapper’s new name tattooed.

Eagle-eyed fans spotted “ye,” West’s legal moniker since October 2021 inked in script on the outside of Jones’ wrist.

Kanye and Chaney were first linked together in early February following his split from actress Julia Fox.

Kanye and Julia, 32, dated for six weeks before splitting in early February.