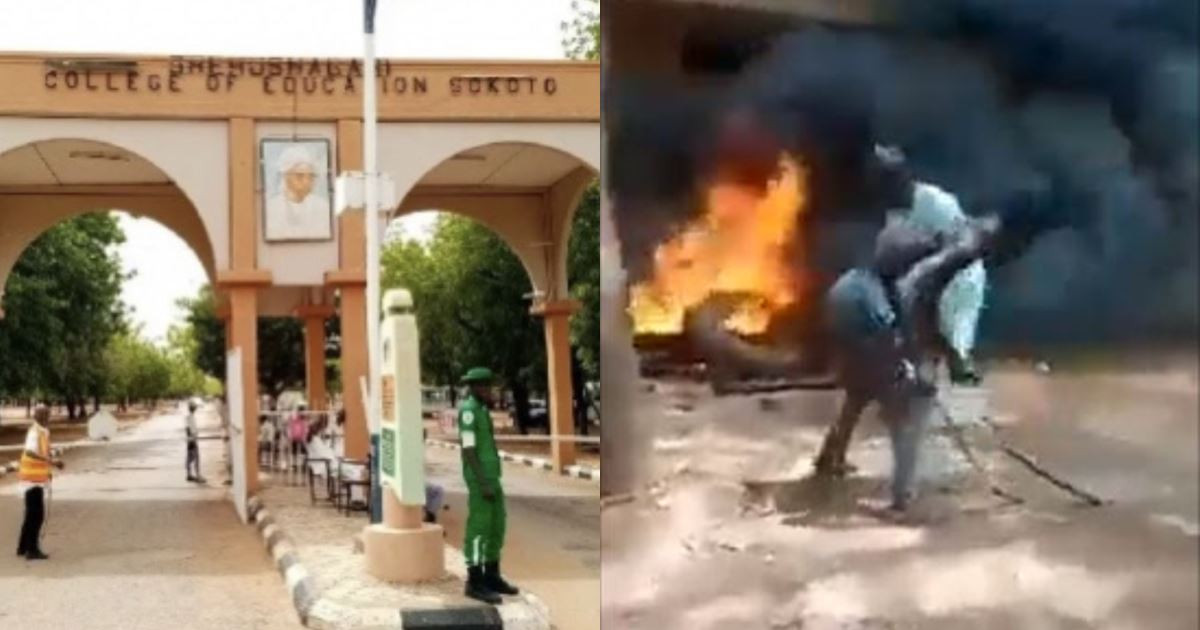 The purported reason Deborah Samuel, the female student of Shehu Shagari College of Education, Sokoto was killed and her body burnt by a mob today has been revealed.

According to Twitter users, Deborah had shared a voice note on her class Whatsapp group in which she challenged her colleagues who were posting religious information there.

She spoke in Hausa, however, according to a Twitter user who did the translation, Deborah was quoted to have said;

“Holy Ghost Fire, nothing’s going to happen to me, you should know what to be sending to this group, it’s not that the group was created to be sending nonsense, the group was created for posting things like, test assignment e.t.c. not the nonsense you are posting, no be only prophet, you are coming to play on me.” The nonsense she referred to is the religious posts.”

Her comments were said to have irked some of her colleagues who felt she disrespected Prophet Mohammed, and threatened to deal with her. When the tension was high, the school authorities took her to the security room to give her some protection. However, the enraged students overpowered the security officers, dragged Deborah out, and beat her until she died before setting her corpse on fire.

Listen to the voice note below

Watch viral video of man boasting of being part of the people who killed and burnt Deborah Samuel, the Shehu Shagari College of Education student over her alleged blasphemous comment