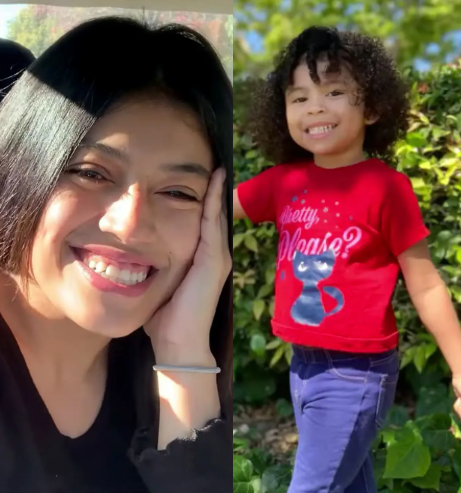 The mother of a 3-year-old girl who was allegedly tortured and killed by her family in a 12-hour exorcism in her granddad’s California church has released a smiling video after her daughter’s death.

Arely Hernandez, 3, was found dead on the floor of a small house-based church in San Jose last September with “multiple injuries around her eyes, face, neck and chest,” according to court documents obtained by KRON Wednesday, May 11.

Before the child’s death, she was at the church with her mom, uncle and grandfather who “believed the child was possessed by a demon and were at the church praying for her,” deputy district attorney Rebekah Wise wrote in court documents.

Arely’s mom, Claudia Elisa Hernandez, 25, told cops she was certain her daughter was “possessed by an evil spirit” just because she’d woken up screaming, according to police documents published by the Daily Beast.

The mother and her brother then took the toddler to the church where they were met by their father, who “identified as the leader of the church and claimed he was a certified pastor,” the police report said.

Over 12 hours they violently pinned her down and stuck fingers down her mouth to make her vomit, which they “believed would help her get the spirit out,” the document said.

They continued even after little Arely “fell asleep several times.”

“Eventually, the victim vomited a clear/purple liquid,” the report said, with an autopsy determining she died of asphyxia due to suffocation and smothering.

After the child’s death, the family did not dial 911 until 8:12 p.m., around two hours after they think she died, and no lifesaving measures were performed to help the youngster, the police report noted.

“She strangled her multiple times to the point where the victim went unconscious, she stuck her hands down her throat, and continued this course of conduct for almost a full day,” Wise wrote of the mom, according to KRON.

The gruesome case was not made public at the time, nor when mom Hernandez was charged in February, and only came to light this week when the court documents emerged, KRON said.

Hernandez is being held without bail, charged with felony assault on a child with force likely to produce great bodily injury, the outlet said, noting she faces 25 years to life in prison if convicted.

The uncle and grandfather have not been charged, the station said.

Just six days before she was charged, Hernandez posted a nearly 45-minute YouTube video about her dead daughter.

She was smiling in the video as she defended herself from apparent critics of her parenting.

She said the child’s death was God’s will and she’s choosing to see the positive side of it. She then asked those seeking justice for her daughter why they never checked up on her daughter when she was alive, but are posting her now that she’s dead.

She said: “I could sit here and be negative… [but] I cannot change what is. It is what it is.”

“It’s like, what’s the point, you know? I’m just gonna be putting myself down when there’s no point for me to do that, you know? I cannot change the situation.”

She added: “When she passed away she was with me. It is what it is.”

She said that “a lot of people turned on me after my daughter passed away.”

“I don’t worry too much about that because God knows the truth, and the truth always comes out,” she said.