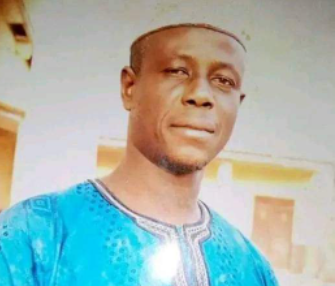 Zamfara-based kidnapped Journalist, Idris Haruna Magami, has regained freedom. He was released Monday evening, May 16, after six days in captivity

Idris Haruna a popular Radio presenter in Zamfara was abducted last wednesday while on his way to his hometown Magami, in Gusau local government area of Zamfara State

He is a staff of Zamfara State Radio and Television Services

Magami/ Dansadau road has been on the news for the wrong reasons following incessant attack on Communities, Commuters and Security operatives

Magami is about fifty kilometers from Dansadau, an area known as one of the hotbed of Banditry.

Grace David Bolu, wife of the Sound Engineer lynched and burnt to death by commercial motorcyclists in Lekki over N100, speaks (video)