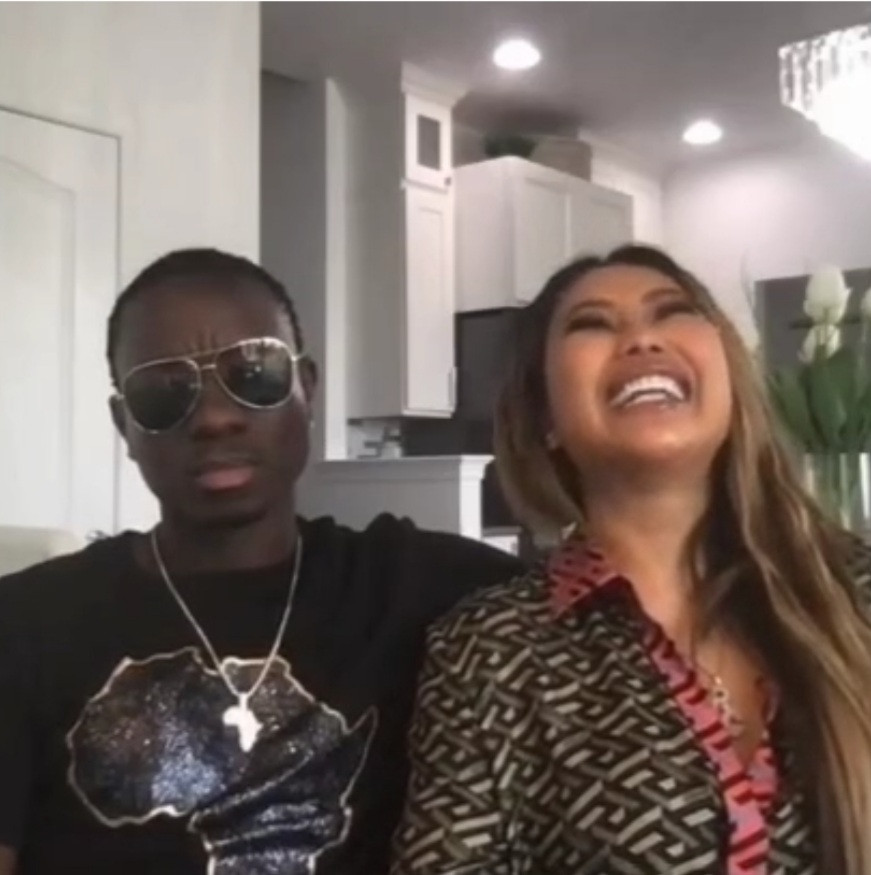 Comedian Michael Blackson’s fiancé, Rada, reveals why she allows him have 1 side chic a month, but Michael says he will never allow her have another man (video)

Rada, who is engaged to Ghanian-born comedian Michael Blackson, has explained why she allows him have one side chic a month.

Last year, when Michael proposed to Rada and she accepted, he announced that though he’s getting married to her, she has allowed him to have one side chic a month.

Addressing this in a new interview, Rada said she decided to do that because she’s been in other relationships in the past and they get boring after a while. So she decided to let Michael have side chics, one at a time, to bring “excitement” into their relationship.

When Michael was asked if he will allow Rada have a side dude too, he said he won’t.

He said he doesn’t want another “penis” in the relationship but Rada can have a sexual encounter with a fellow woman.

Watch the interview below.