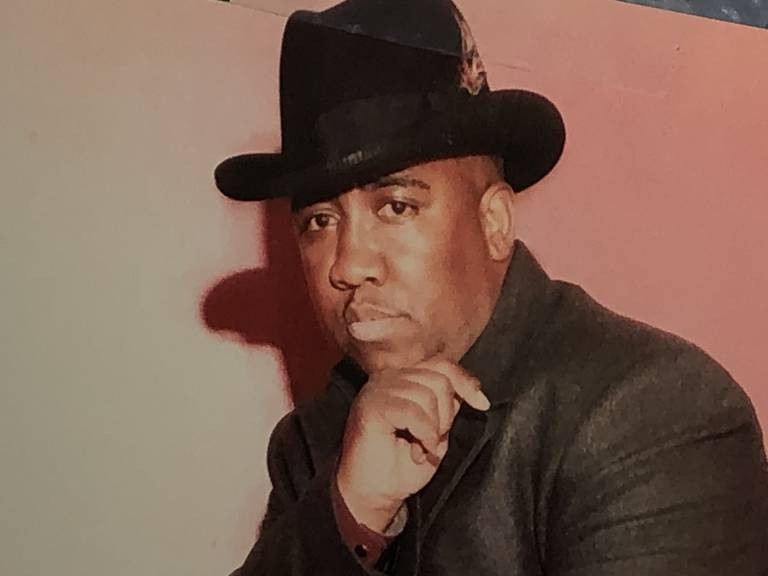 A homeless ex-convict has been arrested for shooting a 62-year-old father of five to death in a Bronx park, New York five months ago.

Ricardo Ferguson, 36, is charged with murder, manslaughter and gun possession for the December 5 shooting of Robert Brown, 62 (pictured above)

Ferguson and another man got into an argument with the victim inside Aqueduct Walk Park, and then allegedly shot him in the head, police said on Tuesday, May 5.

Before he was shot Brown was sitting on a park bench just steps from home.

After he was shot First emergency responders found him face down on the ground, he was rushed to hospital but it was too late as he couldn’t be saved

Brown’s family said they couldn’t understand why anyone would kill the  father of five who was well liked by everyone in the community.

“My brother was loving and giving,” said his sister, Tina Brown, 48. “He would help anyone. He was just catching some air in the park. This is unbelievable.”

Police revealed that Ferguson had about eight previous arrests and he was released from prison in Sept. 2018 after serving time for gun possession.