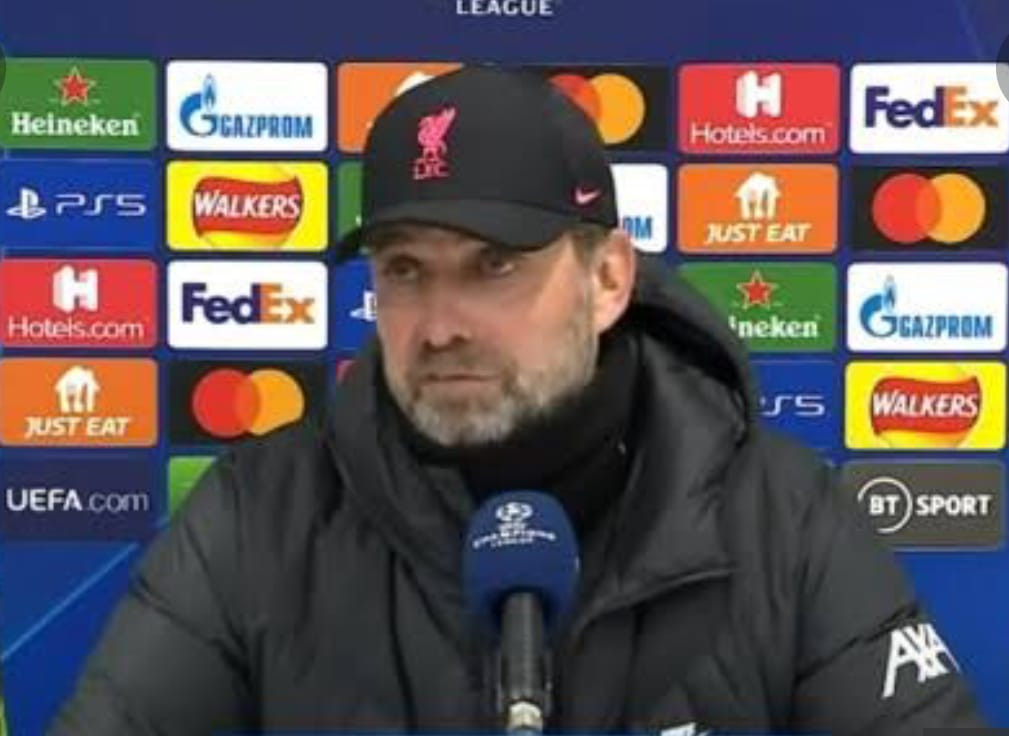 ‘It would be massive if Liverpool Win Champions League’ – Jurgen Klopp

Liverpool manager, Jurgen Klopp has revealed his thoughts towards the possibility of the club winning the Champions League.

The Reds lifted their second trophy of the season last Saturday after beating Chelsea on penalties in the FA Cup final.

Klopp’s men play Real Madrid next week in the Champions League final and on Tuesday, May 17, they can close the gap between themselves and Manchester City to one point with just one game left in the English premier league.

Speaking ahead of Liverpool’s trip to Southampton on Tuesday, Klopp said:

“If we play a season like we play and we win the Carabao and fight for the title until the end, I think it’s a good season,” Klopp told TribalFootball

“The FA Cup is a massive competition. It felt great. It takes pressure off and that’s what makes it more enjoyable.

“We aren’t massive favourites. It’s an open game and every little advantage we can get is good. They have already won the league already. Between now and then, two massive games.”