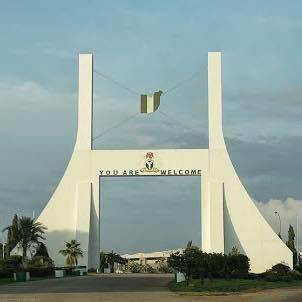 Three bandits who are reportedly part of the gang that wants to turn the Abuja-Lokoja highway into a den of kidnappers, have been arrested by the Federal Capital Territory Police Command.

Though the police lost some of its officers during the operation, the suspects were eventually arrested by officers who also recovered an RPG rifle, 13 magazines and other deadly weapons.

The Commissioner of Police, Sunday Babaji said the bandits were arrested in a forest in Niger State bordering Abuja.

“On May 12, 2022, at around 10:00 pm, in a streak of operations targeted at fishing out, sweeping, and dislodging bandits, kidnappers, and miscreants from their hideouts at the suburbs of the FCT, the Command’s anti-kidnapping unit in a concerted effort with the local hunters, Destiny hunters, and Vigilantes, stormed a kidnappers’ camp in Zago Forest, Niger State, bordering the FCT via Adagba Village, Abuja.

“The team dislodged the camp and rescued one Usman Isah, a 23-year-old male of Lapai village, Niger State, who had been in captivity for 20 days, and recovered three AK 47 riffles with breeches No. 5662, 088425-89, and NK 6172 with seven Magazines containing eighteen rounds of 7.62mm live ammunition, and one GPMG with 101 MG rounds.

“Upon sighting the approach of the team, the miscreants engaged the team in a gun duel. Being overpowered, two suspected bandits namely Rabiu Umar (a.k.a Mallam) an 18-year-old male, and Abdulmuni Haruna (a.k.a Alibaba) a 20-year-old male, were arrested, while many others escaped the camp with bullet wounds.

“The operation followed intelligence gathered from a sting operation earlier executed on March 8, 2022, at about 07:00 pm where the combined team stormed the forest in pursuit of bandits sighted along Magaji Forest bordering Abuja and Niger State. The team defeated the miscreants in a gun duel using superior gunfire leading to the arrest of Ibrahim Usman (a.k.a Babuba) a 27-year-old male, of the Kwali Area Council of the FCT, while others escaped with various degrees of gun wounds.

“The team continued their onward crusade, combing the forests aggressively. On May 13, 2022, at about 8:00pm, the team stormed a bandit camp at Mayaki forest via Adagba Village, Yaba district in the Abaji Area Council of the FCT, overpowering the bandits with superior firepower, leading to the recovery of one AK49 rifle with breach no: 165151 with eight magazines and 12 rounds of 7.62mm live ammunition and one locally made Pistol. The Operation recorded in total the arrest of three suspects, the rescue of one survivor, the recovery of one Ak49 rifle, three AK47 rifles, thirteen Magazine, 30 rounds of 7.62mm live ammunition, one GPMG and 101 round of live MG ammunition.

“All suspects arrested in this streak of operations admitted to being bandits and kidnappers.

“RPG rifle is very dangerous. It has a fire rate of 4 to 6 rounds per minute at an arming range of five meters, a sighting range of 500 meters and a maximum range of 900 meters, at which point it self-destructs. This speed could cover about three football fields per second.

“Effort is ongoing to apprehend fleeing suspects and upon the conclusion of our investigation, suspects will be charged to court.”

Babaji reiterated that the FCT Command is consistently on the drawing board reviewing and redesigning the security architecture of the Territory to overpower criminal elements.

Oyo polytechnic student dies during marathon sex with his lover