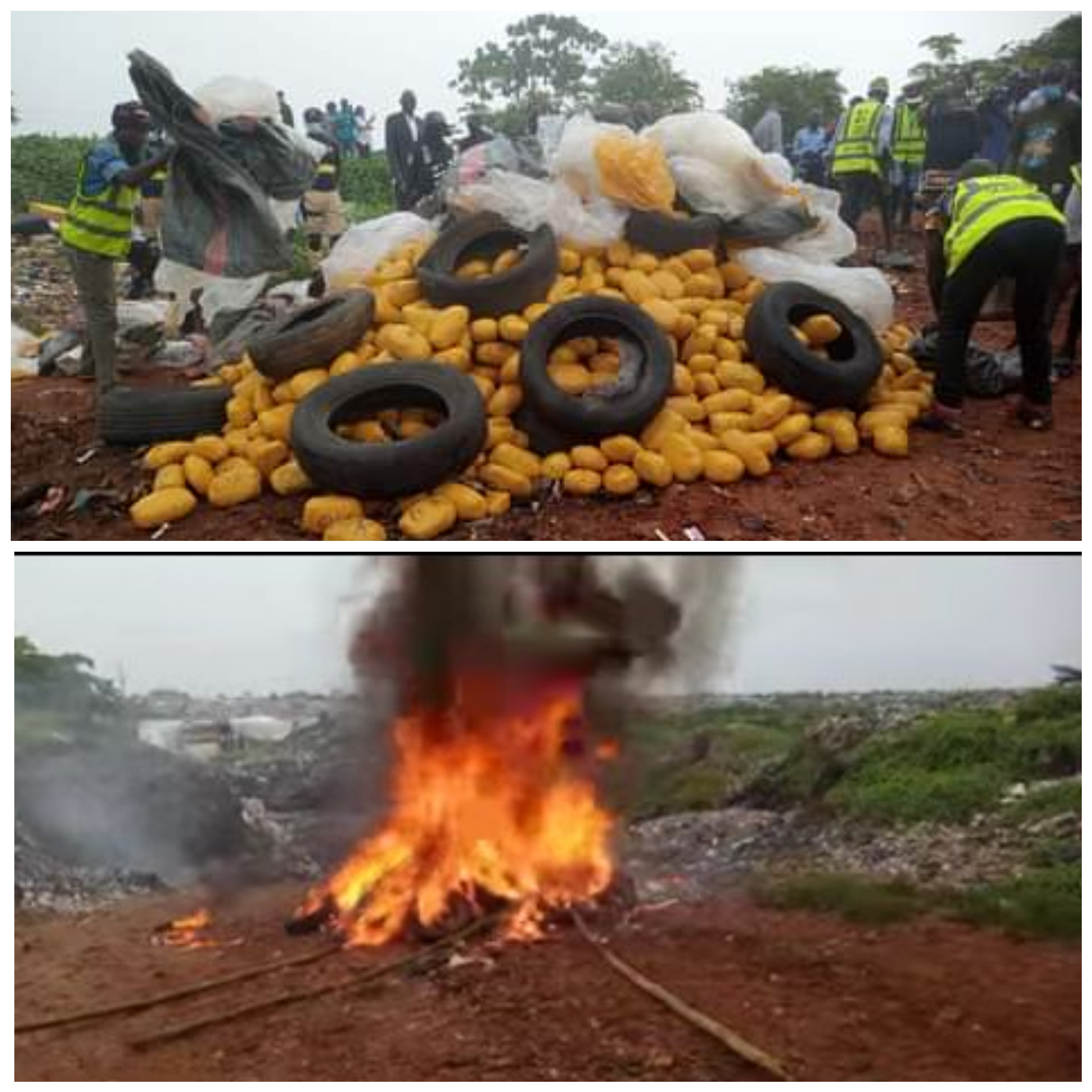 Present at the site of the destruction were the Deputy Commissioner of Police in charge of Operations, DCP Ahmed Kontangora, Commander RRS, CSP Yinka Egbeyemi, and  representatives of the NDLEA, NAFDAC, KAI, LSNC, etc.

“What brought you into my house? You must confess” – African mother goes spiritual as she confronts fox that broke into her house (video)