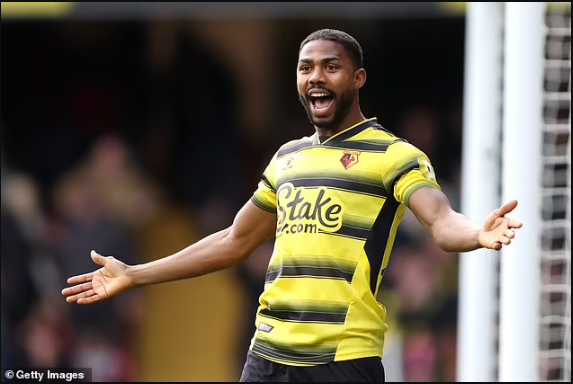 Premier League side, West Ham are planning a £20m bid for Super Eagles Striker Emmanuel Dennis after his club’s relegation  to the Championships.

The Nigerian and Watford forward was a key performer for Watford this season, having scored 10 Premier League goals this season with one game to go.

A clause in Dennis’ contract means he would have to take a pay cut to stay with the Hornets as they prepare for a return to the Championship.

Dennis was signed for just £3m last summer and has four years left on his contract, meaning the forward could provide a useful financial return despite Watford’s poor season.

Hammers manager, David Moyes will have money to spend this summer and is hoping to sign at least one striker and two central midfielders, the Mirror reported today.