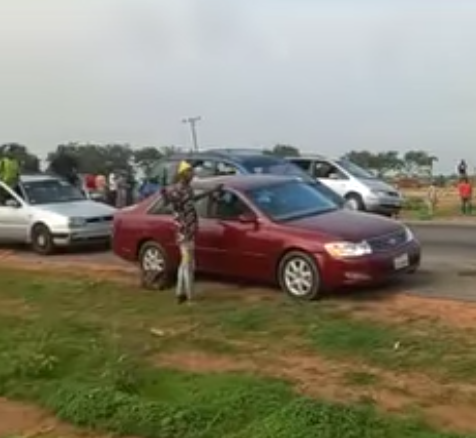 Terrorists have reportedly abducted over 30 commuters on the Abuja-Kaduna highway in the Katari area of Kaduna State.

Several other commuters were also reportedly shot by the terrorists during the attack which occurred around 4:30 p.m. on Tuesday, May 17.

Videos posted by witnesses show some victims with gunshot wounds, including children, by the side of the road while many cars remained parked.

According to an eyewitness, Muhammad Ibrahim, a Zamfara State Transport Authority 18 seater bus, one Peugeot 406, two Toyota Corolla, a Golf, and several other vehicles were attacked by the terrorists.