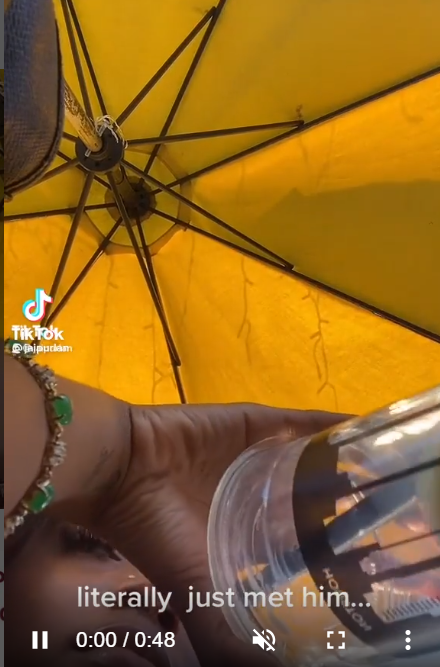 A video shared online has captured a man asking a woman to walk back home because she refused to go to his house with him after a date.

The lady pointed out that the said man drove her out, so he’s supposed to take her back home. However, he insisted there’s no point driving her back and ‘wasting gas’ since she won’t be going with him to his house.

When the lady explained that they just met and she can’t go to his house with him as they barely know each other, the man responded by saying that since they spent the day together and he’s attracted to her, then it’s okay for her to follow him to his house.

‘It’s why I abused drugs and alcohol’