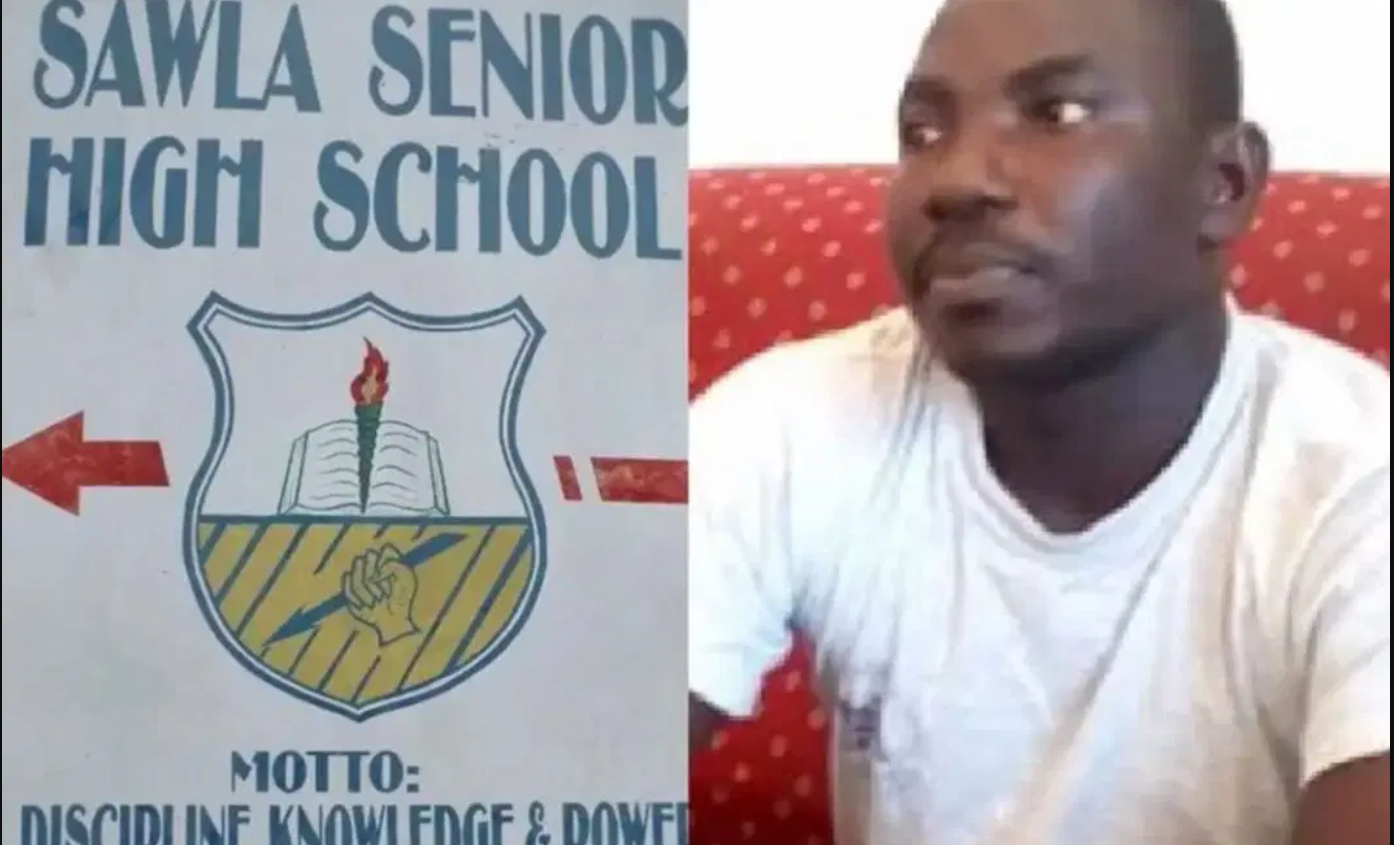 A Mathematics teacher at Sawla Senior High School(SHS) in Ghana, has been handed a 15-year jail sentence by a Tamale High Court for raping an 18-year-old student of the same school.

The convict identified as Ernest Ocloo was sentenced to 15 years imprisonment with hard labor, 2 years after being dismissed over the sad act which occurred in the Staff Common Room of the school in November 2019 at Sawla-Tuna-Kalba District of Savannah Region.

A seven-member jury found the accused guilty of the offense after more than a year of trial before the court.

It was gathered that the incident occurred shortly after he invited the student to the room. The victim was said to have met him sitting on a sofa in the staff common room, and when he invited her to join him on the sofa she refused. The convict then offered the victim Yoghurt and shito but she rejected the gifts. He went ahead to propose love to her which she turned down.

When the victim turned to leave the staff common room, the convict got up and locked the door, held her and started fondling her breast. Even though she resisted, the convict persisted and proceeded to forcibly put her on the floor, undressed her and forcibly perpetrated her. The victim shouted for help but no one heard her.

Because of the forceful penetration, the victim could neither stand nor walk amidst excruciating stomach ache. The victim was later taken to her dormitory where her condition deteriorated and she was rushed to Sawla hospital. She was on admission for two days.

While the victim insisted that she was raped, Ocloo claimed that they had consensual sex and she passed out as a result of the excitement.

Twitter users react after wife whose husband called from work asking her to wear the new lingerie he bought for her and lay on the bed before he returns, calls her friend to seek advice