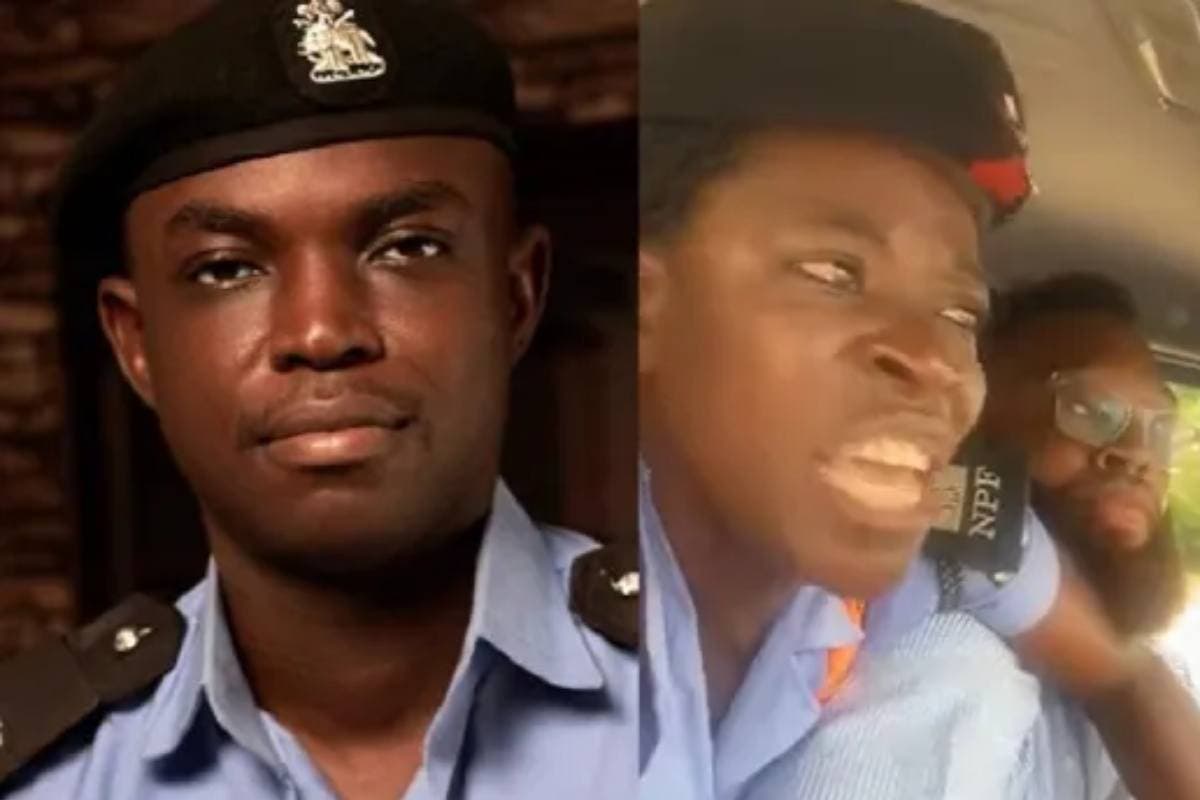 The Public Relations Officer of the Lagos State Police Command has reacted to the viral video of a female officer screaming for help after a motorist she had arrested drove her to an unknown location.

In a video making the rounds online, the man had apparently threatened to drive her to an undisclosed destination and he seems to have been keeping to his threat which scared the officer.

As he was driving the policewoman, tried to grab the steering from him but he fought her off, so she started begging other drivers to come to her aid.

When someone asked what was wrong, she explained that he was driving her to a place she doesn’t know. Another lady inside the same car could be heard shouting at her towards the end of the clip.

Reacting to the video, the Public Relations Officer of the Lagos State Police Command, Benjamin Hundeyin, said it’s a crime to kidnap anyone, especially a law enforcement officer on duty regardless of their perceived offence.

According to him, the man in the video is already a kidnap suspect and the Police has already commenced investigation into the incident.

“Irrespective, I repeat, irrespective of whatever the police officer must have done (un)professionally, kidnapping anyone, especially a law enforcement officer on duty, is a felony. This man is already a suspect. Investigation has commenced.”

Earlier this year, a man in Ekiti also meted out similar treatment on a police officer who arrested him.