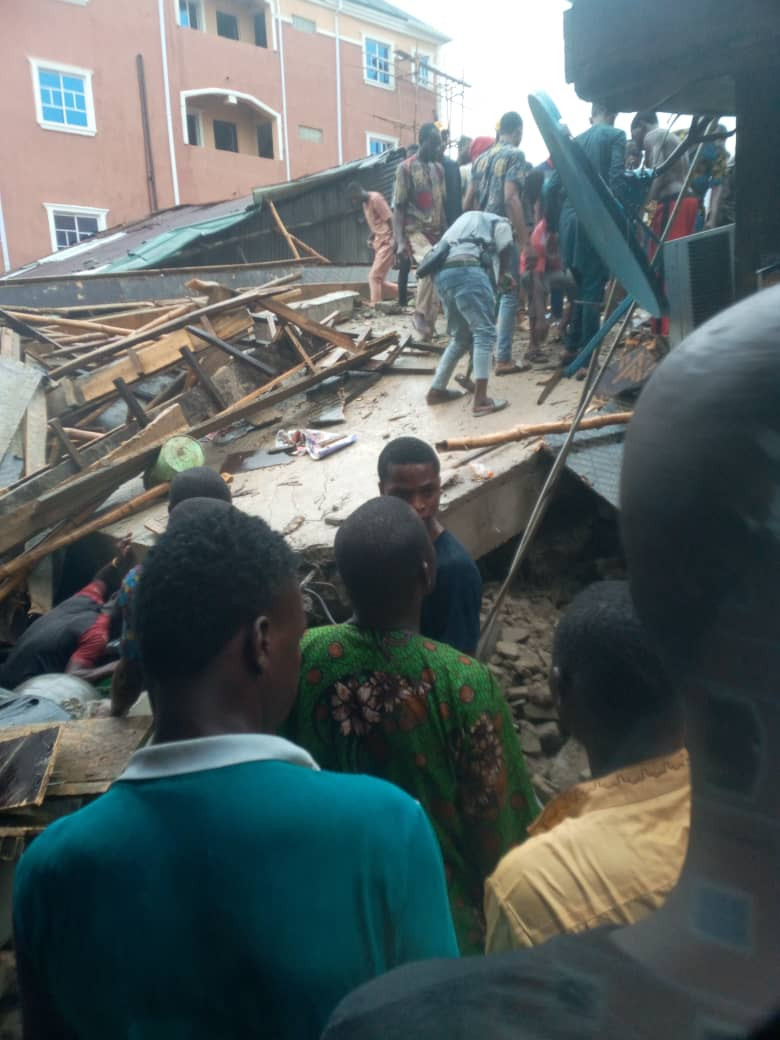 One person has been confirmed dead after a three-storey building under construction collapsed on Lagos Island today May 21.

According to the Lagos State Emergency Management Agency LASEMA, the building located at 4 Alayaki Lane, Lagos Island had been captured by the LASBCA District Office and served with all Statutory Notices, Sealed at District and Central Enforcement Level.

Further investigation determined that the developer had continued clandestine operations mostly at night and weekends.

An unconfirmed number of people are still trapped inside the building. Two people have been rescued alive while another was recovered dead

Under the new total ban of motorcycles, passengers and riders will be arrested and prosecuted