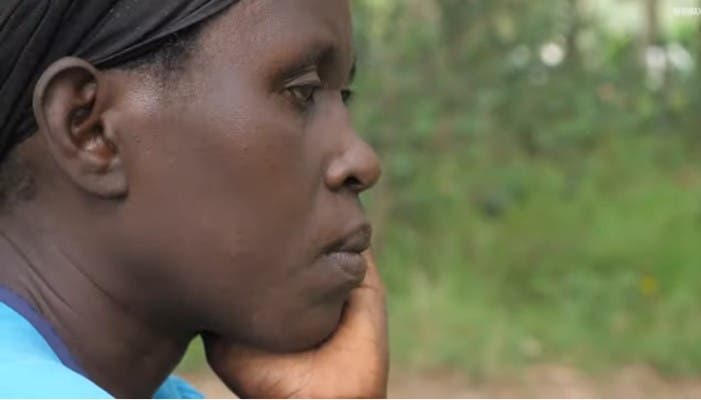 A woman simply known as Domitila says she got married to her brother without knowing they’re related because she never had an idea about his existence.

The lady who spoke with Afrimax, revealed that her parents abandoned them when they were kids so they all got separated while searching for a means of survival since there was no one to look after them.

Domitila and her brother never grew up together, so neither of them knew of the other, however, fate had other plans for them.

She said that it was when she traveled to the city in search of job that she met her sibling and fell in love with him not knowing who he was.

She bore four children after they got married, however, it was discovered by people who were able to trace their family roots that they were related by blood and were born of the same parents. Following the abominable deed, the community ostracised Domitila.

Due to the shame it brought her, Domitila left the marriage and took her four children to live alone in a mud house until an NGO bought her a new house. This brought some joy to her heart.