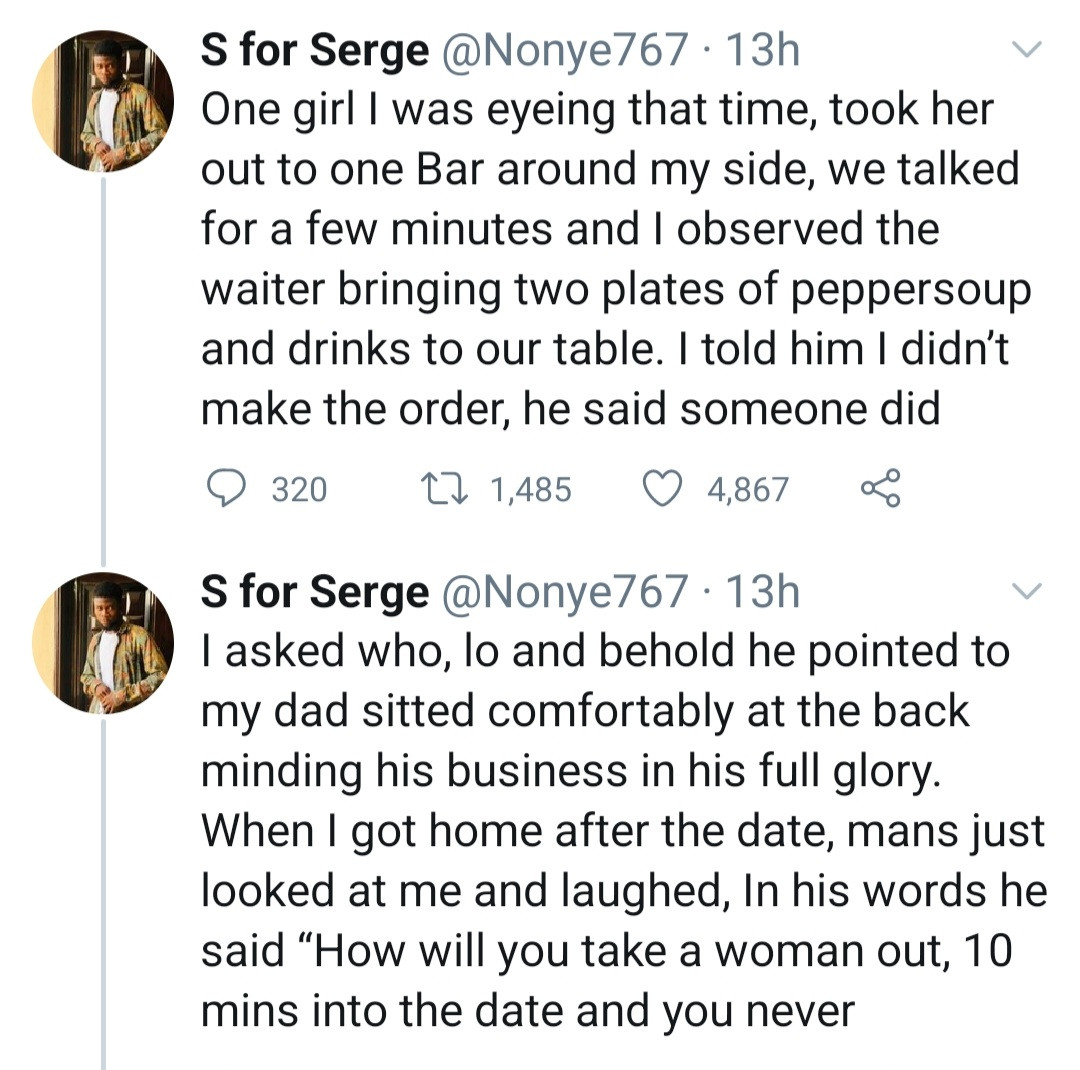 A man has recounted a date he had where his father stepped in to save him from leaving the wrong impression on his date.

He explained that he was on the date with the woman at a restaurant when a waiter approached their table with two plates of pepper soup and drinks.

He told the waiter he didn’t make any orders and the waiter pointed at the man who ordered the meal on their behalf. It was his father.

When he got home, he said his father and mother laughed at him for taking a girl on a date without buying her food.

He said his father asked him, “Na talk she go chop?”