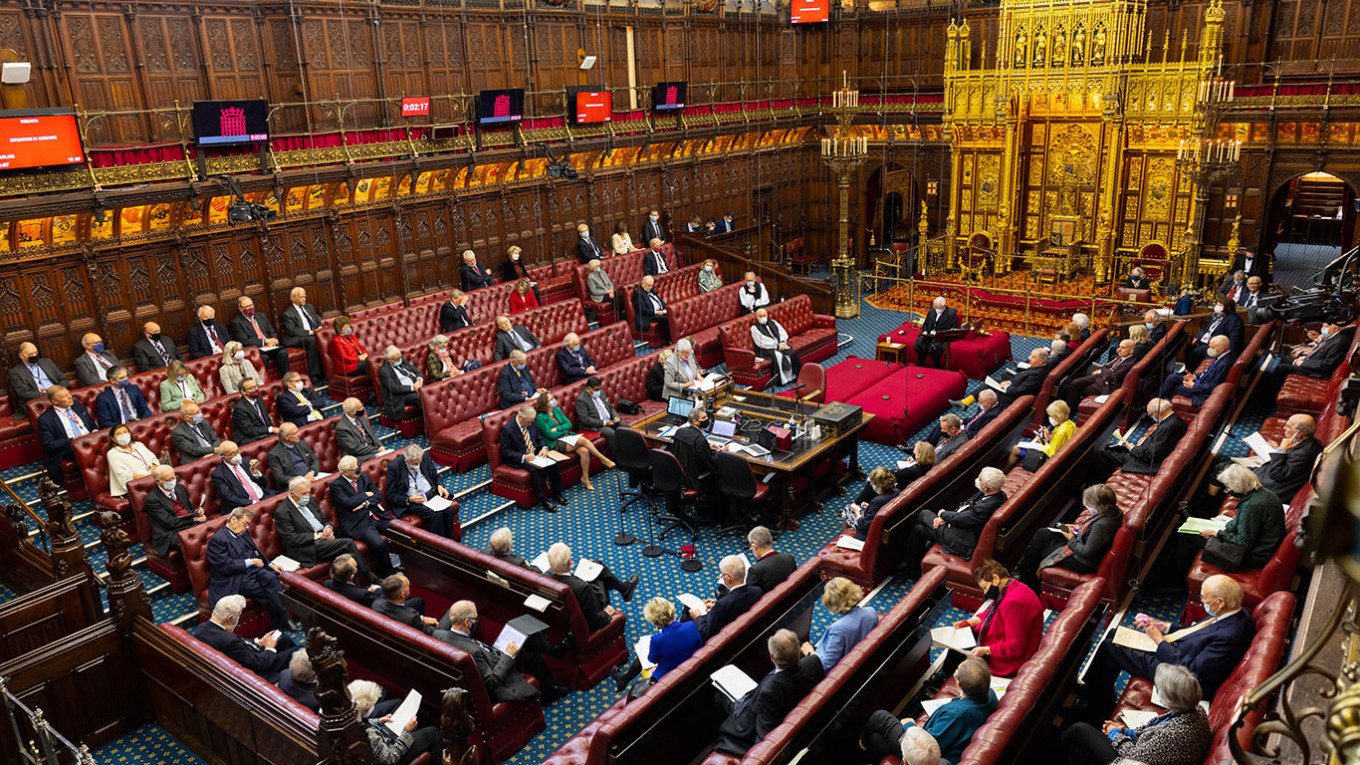 Russia’s foreign ministry on Tuesday announced that it was imposing an entry ban on 154 members of the UK parliament’s House of Lords in retaliation for sanctions against Russian senators over Ukraine.

Those listed included William Hague, a former foreign minister and leader of the Conservative Party in opposition.

The blacklist does not include Russian-born press baron Evgeny Lebedev, who was controversially granted a peerage by Prime Minister Boris Johnson’s government in 2020.

Lebedev’s close ties to Johnson have raised questions since his father Alexander openly admits he was a KGB agent.

The House of Lords has around 800 members, most of whom are life peers, meaning their title is not inherited.

The Russian foreign ministry said the decision was taken “on a reciprocal basis” in response to the imposition of sanctions in March by the British government on almost all the members of Russia’s Federation Council, its upper house of parliament.

This comes a month after Russia banned entry to 287 British MPs , saying it had chosen those who played “the most active part” in drawing up anti-Russian sanctions and contributed to “Russophobic hysteria”.